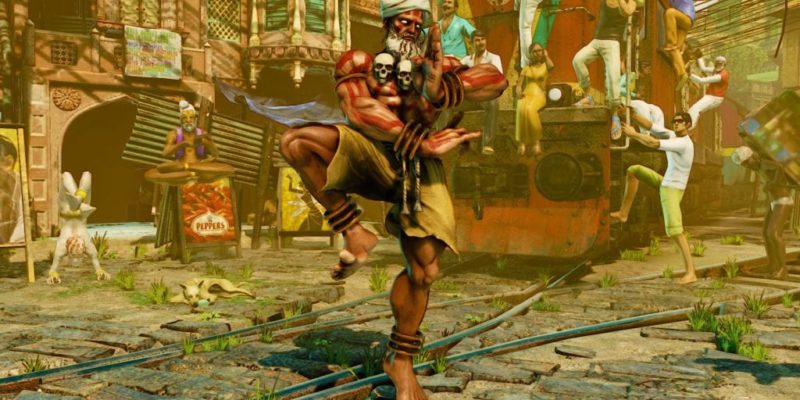 The classic stretchy fellow appears in this new trailer, sporting a rather fetching new beard. He’s mostly beating up Zangief, who doesn’t seem all that happy about it. I’m no Street Fighter expert, so I’ll leave it to the professionals to pick apart what Dhalsim’s play-style appears to be in this version; I do recognise a few of those moves though.

As well as some fine Dhalsim action (below), the word out of Paris is that Street Fighter V will launch in February. The as-yet-unconfirmed date floating around is 16 February. PC and PS4 release dates will be the same. [Edit] That’s now confirmed.

Here’s the trailer. It has Sony/PS4 branding for fairly obvious reasons.

No Man’s Sky gets a June 2016 release window