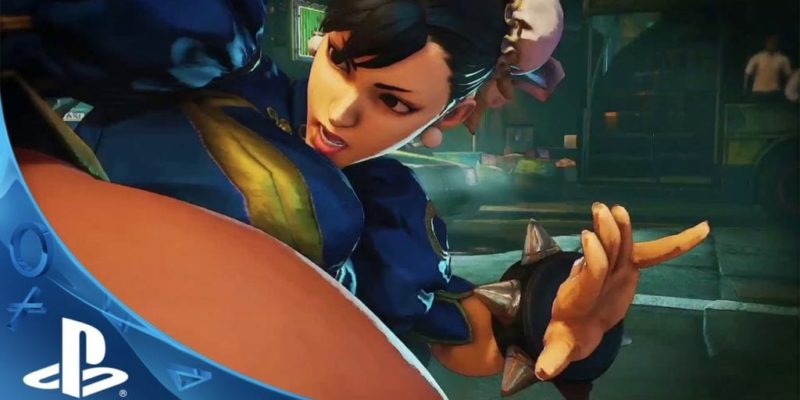 A new Street Fighter V video has punched its way out of the regimented E3 schedule, allowing it to appear a few days ahead of the big trade event. In it, Ryu, Chun-Li, Charlie Nash and M. Bison demonstrate some of the aspects of the new Variable System (or V-System.)

Let’s get out of the way right now that the last time I played a Street Fighter title it was probably the Amiga version of Street Fighter II. Just in case you were expecting the reaction of some kind of pro.

So, the V-System then. As your Street Fighter V character takes damage or uses V-Skills, it will build up their V-Gauge (basically everything in this system is named by adding a V prefix.) The V-Skills are unique to each character, and can be accessed at any time. Depending on who you’re playing as, they might be mobility, offensive or defensive skills.

The V-Gauge itself can be expended in two different ways: V-Trigger and V-Reversals.

V-Trigger requires a full gauge and are said to share similarities with “Ultras in Street Fighter IV,” in the sense that it can swing the fight in your favour. The V-Trigger, “allows access to a character’s full potential.” Again, these are unique per character.

Meanwhile, V-Reversals take up one chunk or pip of V-Gauge and “allow a player to counter the attack of the opponent while blocking.”

Alongside all this stuff is the EX Gauge, which builds up as you damage your opponent. This allows you to “perform powered up versions of their special attacks and when maxed out, their Critical Art.” As you might expect, the Critical Arts in Street Fighter V deal high damage.

Here’s the trailer. It’s PlayStation branded, but Street Fighter V will indeed be coming to PC as well. Leaked information suggests it’ll be available in March 2016. E3 will probably confirm that date.