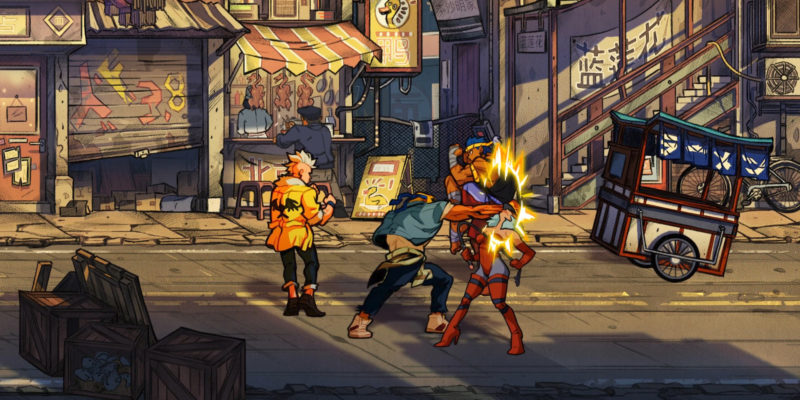 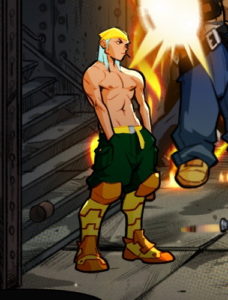 I knew I was going to hate this enemy the moment I spotted him. It was the way he just sauntered around, hands in his pockets, with this uncaring expression on his face as if he was looking down on me. Naturally, it pissed me off, and I gravitated toward him with the desire to introduce that smirk to the ground. And then he kicked me in the face. Then one with gold boots kicked me, not just once or twice, but thrice. Okay, video game.

Dylans are purely a damage-dealing enemy type. The crouch just before they leap to deliver a sharp heel kick. Dylans with gold boots are the upgraded variant, able to kick you three times in the air before landing. However, since they like to keep their hands in their pockets like the smartasses they are, Dylans have next to zero defense. Wait for them to finish their high-flying attacks, then move in and tell them what you really think. 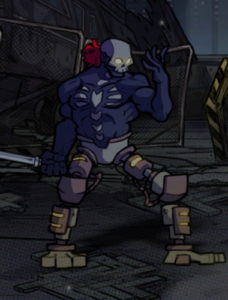 Koobo doesn’t sit among your regular enemies as much as he’s as a mid-boss that pops up more frequently as you progress through the game. And since he has that mid-boss status, he’s much tougher than your usual street trash. The skull-faced cyborg is mostly a weapon user, and conjures pipes from locations unknown. He’ll also catch any you try lobbing at him. Additionally, Koobo will leap into the air and do a ground slam attack (Koobos in later stages can do this up to three times in a row). His ultimate move, however, is his ability to telekinetically throw every loose weapon on the screen in your direction. Yes, that move hurts a lot.

Your best bet is to move in close and combo him, or use a weapon he tosses to crack that skull mask open. Watch his shadow when he leaps into the air and move accordingly. When he’s using his brain to throw a lot of weapons, move to a corner and wait — they go in one direction without stopping, allowing you to get out of the way. 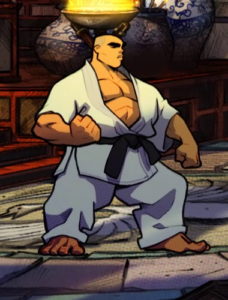 Goro shows up in Chinatown, and he seems rather intimidating at first. A Judo master, Goros usually wait, throwing their hands up and catching incoming attacks before delivering a mean punch. They will also charge up an attack, and if you stand in the way they’ll knock you across the screen. So, what better option to take on judo…than some judo? Move in at an angle against Goro, and grab him. He can break the grapple if you take too long, so be quick in throwing him to the side. Then wash, rinse, and repeat. 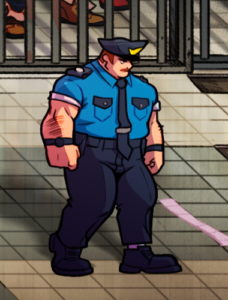 Feroccios, or cops you learn later have been corrupted by the Y Syndicate, vary in danger levels. They look big and tough but, well, they are. Feroccios can grab you then slam you on the ground, so shake yourself free. However, when equipped with tasers, they become far more dangerous. After flashing red, Feroccio will swiftly move toward you before hurling you to the ground and tasering you for a lot of damage. Your best bet with these guys is to go at an angle, or toss an enemy at them before getting in close for a combo. Performing a combo also knocks the taser out of their hands, giving you a better chance at winning the fight. 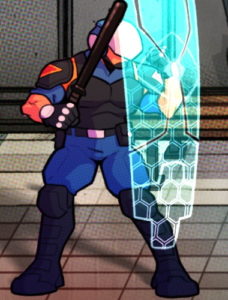 I want to believe that “Murphy” is a reference to RoboCop, so I will. Anyway, Murphy is a police officer dressed as the cop from the special move in the first Streets of Rage. You remember, right? He’s back in Streets of Rage 4. Equipped with a futuristic riot shield and sometimes a weapon like a baton or taser, Murphy is a tough customer. Their shields change color as they take damage, going from blue to red. After enough damage, they shatter, stunning the Murphy long enough for you to deliver some blows. However, while you’re attacking the shield, Murphy will fight back. The best approach is with a weapon, such as a taser, which are more impactful than fists. If you don’t have one, then attack two or three times (depending on character) and move away before the counterattack. 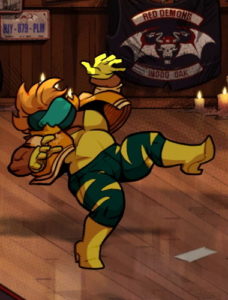 The Honey replaces Smoke from the older games. These tough biker ladies are much more difficult to manage than weaker enemies, especially if there’s more than one. Thankfully, they’re easy to read. Most of the time, Honey will lean back just before launching a devastating head butt as she moves across the screen. I don’t know the logistics behind it, all I know is that it hurts. Wait for them to finish the headbutt, as they’ll be momentarily unable to move, then deliver some justice to their helmets. When flashing red, a Honey will grab you and power bomb you into the ground. A jumping attack will interrupt the move. 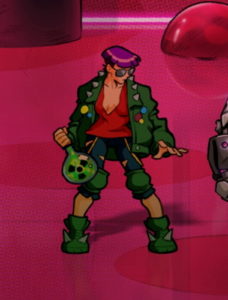 Victoria might go by a different name, but I’m using this one for now as it’s the first moniker I saw for this particular enemy. The Victorias are one of the weakest enemies in the game, but can still pack a punch — a glass cannon, if you will. They are always carrying a throwable weapon, such as a fire bomb or grenade. If you get in too close, they’ll push you away and skirt off to the other side of the room.

Most of the time, they stay at a distance to lob their projectiles. When they toss a fire bomb or vial of corrosive sludge, watch the shadows and grab it from the air. Then just label that package as “return to sender.” However, be careful when fighting Victoria. If they’re holding onto their weapon, they will drop it following your combo, damaging you in the process. The best approach is to hit them with a three-hit combo and jump away, allowing the bomb to land at her feet.

This post will get updated in case there are any enemies I’m forgetting.

For more on Streets of Rage 4, check out our review. If you’re hungry for some even more old-school action, click here to find out how to access its hidden retro levels.