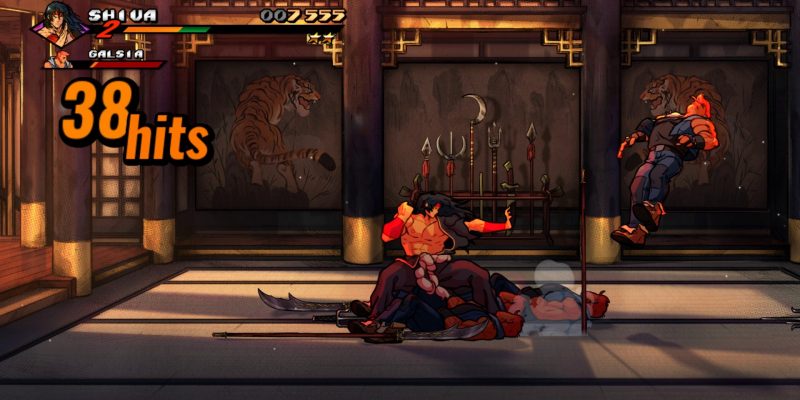 You know, I have a couple regrets in my life. All right, maybe I have more than that if I’m being honest. But one of those regrets was never having reviewed Streets of Rage 4 when it landed on PC in April of last year. But, to be fair, it was a game that I wanted to take my time on, to absorb every detail and revel in the masterful soundtrack. It was a damn near-perfect follow-up to one of my favorite Sega franchises, long in the making and paying homage to Streets of Rage 2 — a title that has been hard-pressed to leave my top-10 favorite games of all time. What more can an old fan ask for? Well, new characters are certainly nothing to look down on. And Mr. X Nightmare provides exactly that. For the new characters alone, however, this first and possibly only DLC for Streets of Rage 4 would have easily been worth it. But they’re just the start.

There’s a lot to like in Mr. X Nightmare. It adds three highly requested characters to the roster. Both Max Thunder and Shiva, themselves series vets, are playable. They’re joined by the newcomer Estel Aguirre, a tough cop who stood in the heroes’ way in the main campaign, only to come around once deep-seated corruption within the police ranks boiled to the surface. The DLC would have felt solid with just these three entering the fold. However, it does so much more, bringing unlockable weapons and moves, more music, and a new game mode.

A cop, a ninja, and a pro wrestler enter a bar

I was a fan of Estel during the main game, so naturally I started Mr. X Nightmare with her. She uses many of the same moves as she did as a boss, but a few more have been included to round her out. Estel, like most of the characters, doesn’t have a dash. But she doesn’t need to run; she flies. Her blitz sees her dart forward with a flying kick, which can lead into a mighty boot drop by holding attack, causing a pop up. Holding the special attack down while moving toward enemies has Estel leap and tackle her prey before pounding their faces into the ground. When combined, Estel flies from end to end, arguably controlling the game screen far better than Cherry could ever dream. 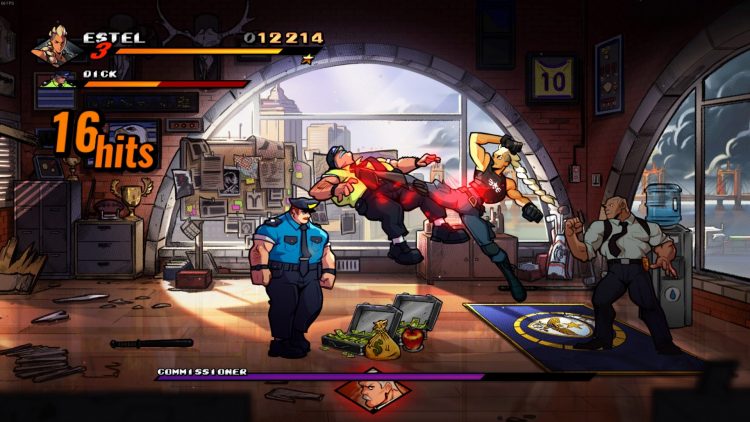 Well, this is awkward.

And, of course, we have the return of the champs. Both Shiva and Max made their debut in Streets of Rage 2, only to return to the recent sequel as bosses. Max was, however, brainwashed. But Shiva? Yeah, he was just being Shiva. They both fit as naturally as puzzle pieces in the cast, and, like Estel, arrive with a few more fancy moves.

I’m generally not a big fan of wrestling characters in this series. Like Floyd, Max is slow and a bit cumbersome, but can hit like a runaway truck. However, his new abilities in Mr. X Nightmare are actually quite fun. Max still plays much the same as he did in 1992, with his trademark grapples, slide kick, and shoulder charge. His new moves include a back slam that calls down a lightning bolt (nice and thematic), which causes area of effect damage. Max’s air special sees him leaping forward in an earth-shattering body slam that’s incredibly satisfying to use. He can also use it to jump off walls, perfect for making a quick escape or reminding those knife-wielding Galsia behind him that they’re never safe. Ever. 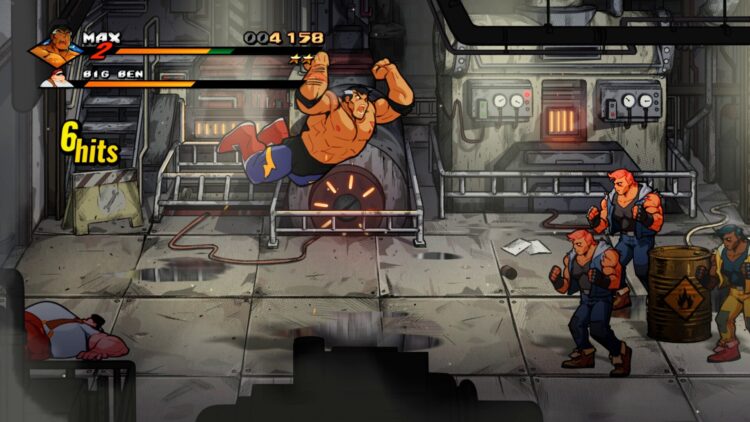 As much as I enjoyed Estel, I found myself using Shiva more than his DLC compatriots. The long-haired martial artist arguably sees the most change in his toolkit compared to Max. His toward special comes in two flavors. At a distance, using the special causes Shiva to zip a short span and palm-strike opponents off their feet. When close to enemies, and in the air, Shiva disappears and reappears behind them, leaving them staggered with a flurry of punches too fast to be seen. Shiva also won’t use weapons. When trying to pick one up, he knocks it into the air and sends it flying with his palm. My man even says something akin to not needing a weapon, because he is a weapon. Shiva is so ridiculously anime, and I love him.

Showing off some new moves

For the most part, Dotemu and team have managed to make each new character fit comfortably with their fellows. They feel both similar and unique at once — an impressive feat with a game boasting so many playable heroes. However, I did find myself rarely using Estel’s mid-air grenade toss. It was good for clearing clustered enemies, but I didn’t find it useful enough to use more than a couple times. Thankfully, if there are moves you don’t care for from any member of the roster, you can swap them out for new ones. But you gotta earn them first.

Enter the new mode coming with Streets of Rage 4 – Mr. X Nightmare. Survival mode is fairly self-explanatory if you’ve experienced anything similar before. You have one life to survive against increasingly challenging rooms, randomly generated with enemies, weapons, health drops, and hazards.

Between rooms you get a choice of random upgrades that may increase your odds of living a bit longer. Some upgrades are pure buffs, such as adding fire or lightning to attacks. Others offer boons with a caveat, like special moves costing less but you can’t regain health by attacking. The mode goes on infinitely until you die. And since it throws deadly traps, dozens of enemies, and bosses at you almost nonstop, it’s typically only a matter of time. The longer you survive, the more experience points you earn toward unlocking new moves for your chosen character. 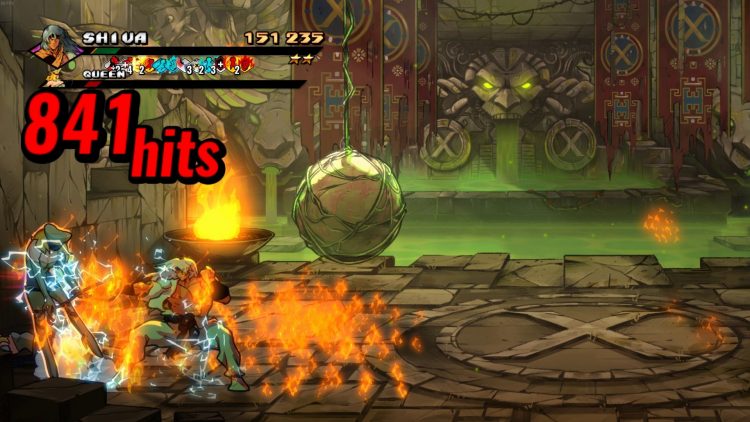 Fire and lightning upgrades, combined with Shiva’s devastating unlockable flying kick, is a recipe made in Hell.

Indeed, for those of you eager to play the new Streets of Rage 4 DLC, do not sleep on Survival. The mode offers a staggering amount of unlockables, including new weapons and moves to use in every game type. Honestly, I’m floored by how much Mr. X Nightmare adds through Survival mode. Every character has moves to unlock. Yes, every character, including the retro variants.

No, I’m not joking. The developers created brand new moves for all characters across Streets of Rage history, which means they crafted more animations for the roughly 30-year-old characters. There are nearly 50 new moves to unlock: five for the modern characters, four for those in Streets of Rage 2 and 3, and one for the original Streets cast. Sure, slapping a Big Ben with a swordfish is cool. But sending him flying with SoR 2 Axel’s flying knee attack he never had before? Chef’s kiss. 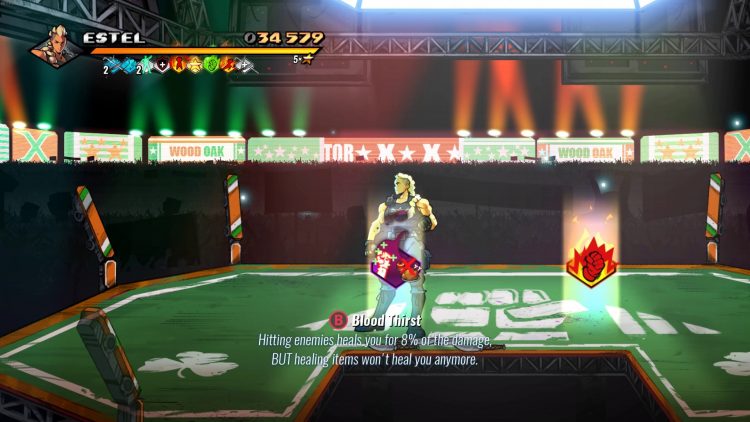 It helps that Survival mode is pretty enjoyable overall. I put a good amount of hours into it during the preview, and I’m looking forward to playing through it some more and unlocking as many moves as possible. If you don’t want to go it alone, you can play the mode in couch or online co-op. The challenge with bringing a friend, however, is that you can only grab one upgrade per player. You have to figure out who needs what as you go along. There is a notable benefit to playing co-op with different characters, in that it appears you earn experience points even for the one you’re not playing.

If I have any complaint, it’s with the color palette options. The DLC allows you to swap color palettes of the modern characters, and not all of them are that impressive. However, I do dig all-black Adam Hunter. Another problem I had was that the hit sparks and enemy death noises for the DLC characters were the retro versions, meant for the classic characters. However, I think that was more of a bug, and I won’t be surprised if it gets patched out right away. 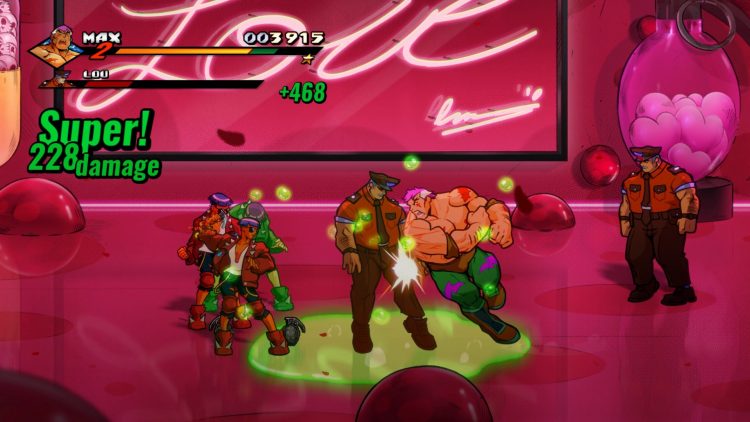 But even if I had more gripes, they’d be drowned out by the immense amount of additional gameplay this DLC brings to the table. I put nearly 30 hours into the base game, and I can see Mr. X Nightmare doubling that for me. And for the low cost of $7.99 USD, you should definitely get way more than your money’s worth regardless.

The Streets of Rage 4 – Mr X Nightmare DLC is spectacular, and fully worth the admission fee. If you’ve been waiting to return to the game, or are thinking of trying it, there’s never been a better time to jump in and retake the streets.

SuchArt: Genius Artist Simulator Early Access — Is it worth it?