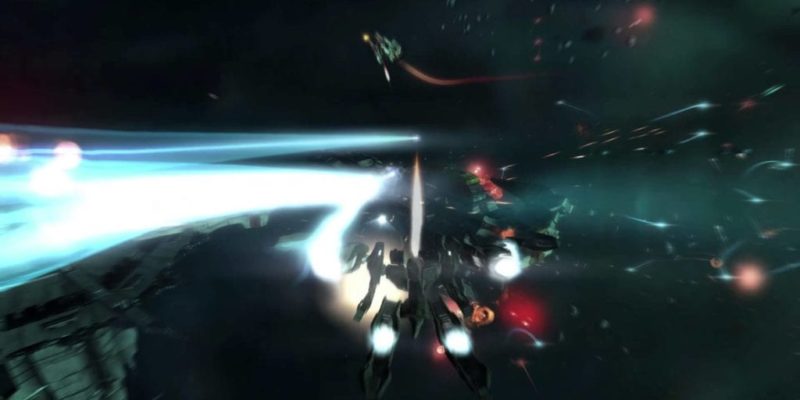 Born Ready Games have announced that their space-based aerial combat game (and winner of 2013’s International Macross Lookalike contest) Strike Suit Zero will be getting an updated re-release later this year, in the form of Strike Suit Zero: Director’s Cut.

Strike Suit Zero: Director’s Cut aims to provide the optimal Strike Suit Zero experience, with plenty of fixes and changes based on suggestions and complaints made by both the community and the critics. The campaign has been restructured, with particular emphasis placed on reworking the first few missions so that you get into a Strike Suit much faster, and with the story and dialogue being rewritten to fit. There’ll be a complete graphical overhaul with upscaled ships and improved textures and lighting. And, being that this is a Director’s Cut, it’ll also come with the Heroes of the Fleet mission pack and the Raptor and Marauder Strike Suits.

Bad news: it’s being designed, first and foremost, for the Xbox One and the PlayStation 4. Good news: we will be getting it on PC, albeit a few months later – it’s currently scheduled for “later this spring.”

Have a looksee at the announcement trailer below, or trot over to the official site to have a gander at an upscaled Strike Suit courtesy of a fancy interactive model viewer.