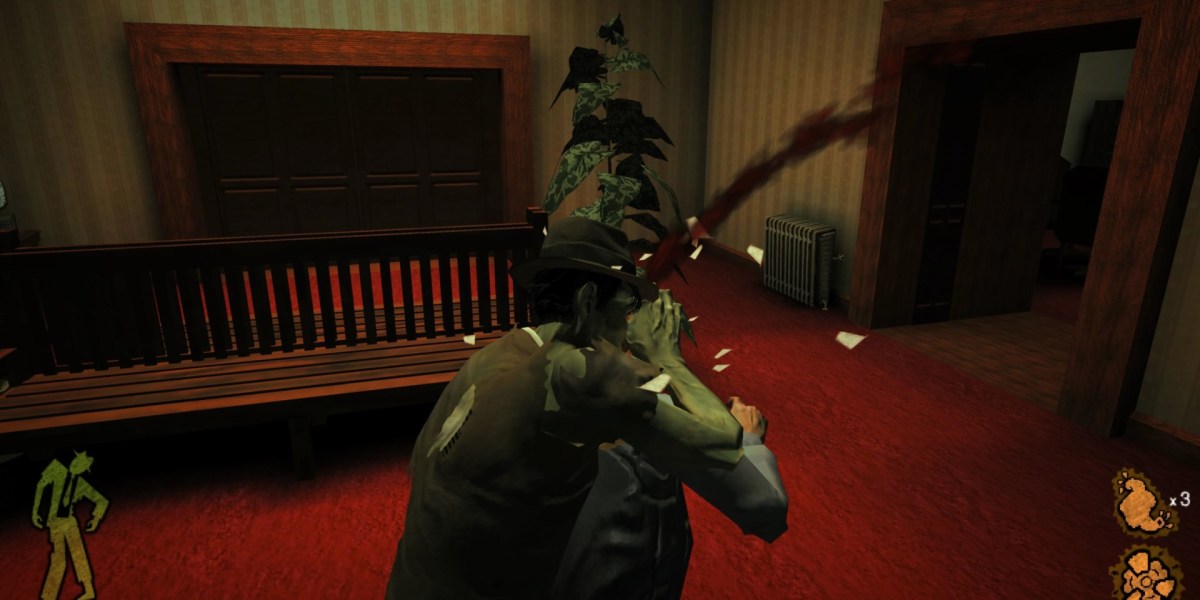 Mmmmm… Brains. No, I’m not just some random cannibal, looking for his next fix. Though it has been “all the rage,” for quite some time, it’s felt like forever since you could say that zombies were anywhere near the crutch they were in the mid-to-late 2000s. In that era, it felt like damn-near every title had an undead appearance. But there was one thing missing: an actual zombie protagonist. In enters Wideload Games, answering this siren’s call with the brain-munching monstrosity know as Stubbs the Zombie. But after years of gathering dust on store shelves, can a simple repackaging be the spark of life this undead re-release has been looking for?

You may have noticed that I referred to Stubbs the Zombie in Rebel Without a Pulse as a re-release, as opposed to the typical remasters of the last few years. This is about as barebones a port as humanly possible. Shit, calling it a remaster would likely qualify as false advertising. Instead, we’re being treated to nearly the identical experience that’s been available on PC since 2005, only now featuring resolution scaling options in the settings. Call me cynical, but despite it running like dream on my rig, early on in the playthrough my “cash grab” Spidey-senses were buzzing off the damn charts.

For the uninitiated, the world of Stubbs the Zombie is very odd, to say the least. It takes place in a futuristic version of 1959, where everything mirrors what you’d expect to see in a classic sitcom, with a little bit of bloodshed sprinkled in for obvious reasons. Stubbs is hellbent on destroying the city of Punchbowl, Pennsylvania, and reunite with his still-living significant other, Maggie. It’s up to you to bring that dream to fruition, even though he hasn’t slept in over 20 years.

The gameplay itself is somewhat on the pedestrian side, but does mix in some variety to keep things fresh from time to time. Standard open-ended combat plays out with Stubbs either beating enemies to death or gaining a little gray matter sustenance. Once enemies have left the plane of the living, they then become undead recruits, attacking anyone with functional brainwaves. Using an army of mindless minions, you now have all that’s needed to unleash chaos on unsuspecting citizens. 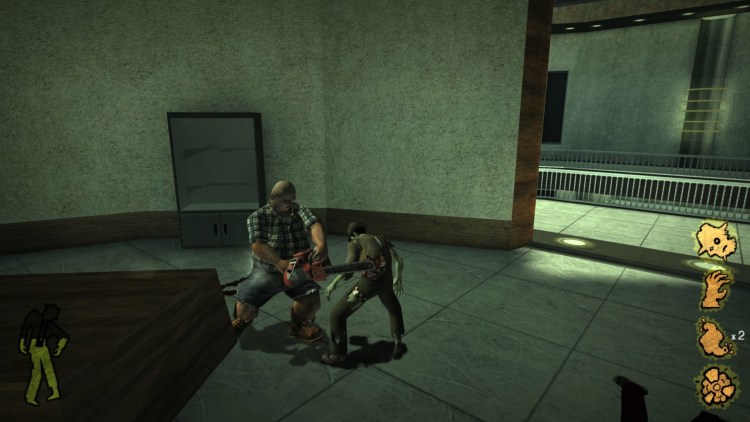 Aside from the usual shenanigans that you’d likely expect from a zombie game, there were a couple of odd additional mechanics that are well worth checking out. For one, you can remove Stubb’s head and use it as a bowling ball. The camera follows the head as it rolls along the ground, allowing you to get a good look at the adversaries and their formations. At any point in this roll, you can then tap one of the bumpers, resulting in his melon morphing into an explosive warhead (see what I did there?).

Another interesting mechanic that I didn’t see coming was the remotely controlled arm. You can remove his arm and use it as a drone of sorts, climbing up all surfaces. It can then be used to dock with the heads of the non-zombified, and remote-control them. So, if you grab control of any human with a weapon, you can then use that same firearm to take the fight to other enemies, civilians, or pretty much whoever the hell else crosses your path. Once your meat puppet succumbs to their injuries or you choose to undock, you’re then zapped back to Stubb’s body and his arm spontaneously regenerates. 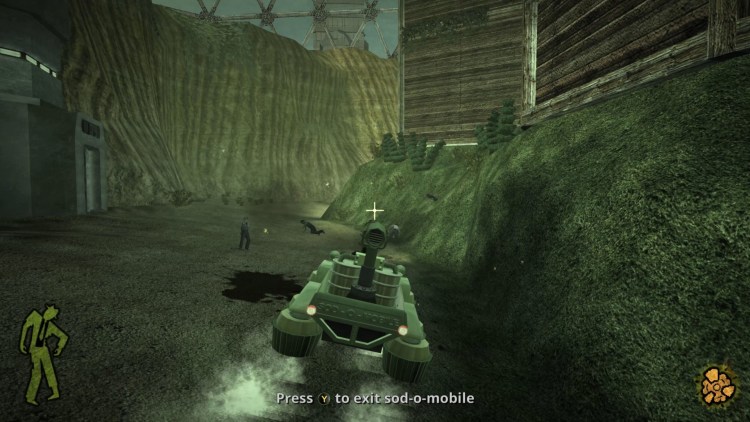 One aspect of the game that I found somewhat surprising is that in Stubbs the Zombie you have no direct ability to use human weapons. The two exceptions to that rule are when controlling people, which also allows you to use stationary turrets as well, and when you are behind the wheel of a vehicle. In a fairly obvious homage to the Warthog sequences found in the Halo franchise, for which they share the same game engine, you also get the chance to pilot one of the oddest, yet most effective turreted vehicles I’ve ever seen in games. The physics quirks alone are enough to make it worth the price of admission.

When you look at how game design has changed in the intervening 15 years, this is where Stubbs the Zombie begins to show its age a bit. Stages are either very corridor-centric, or larger, sprawling levels. In the case of hallway battles, it allowed designers to directly control a player’s progression. In either layout, however, they both feature the same handful of textures, presented in a fairly repetitive loop. This issue manifested itself several times, resulting in getting myself turned around and backtracking to the beginning of a stage. 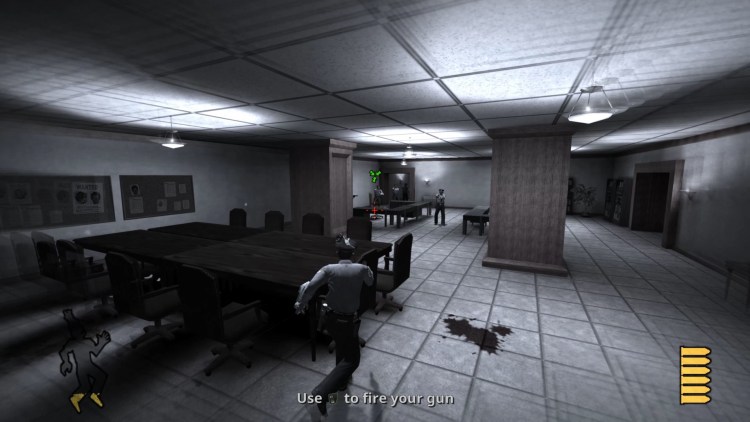 In the big scheme of things, however, I found Stubbs the Zombie to be a very engaging experience with a slapstick-style of humor that has aged rather well. That isn’t to say that all the gags are gold. I’m looking at you, gas pump that likes to “interface” with a car’s gas tank, if you catch my drift. Thankfully, that is roughly the worst of it, and the campaign doesn’t overstay its welcome. I even managed to hammer out the entire campaign in a single sitting.

The game is hardly a classic, by any stretch of the imagination. However, I personally found it to be both entertaining and attention-grabbing. Though I only needed to play the game for a couple of hours for this piece, I ended up blowing through the entire campaign in one sitting and did so with a huge dopey smile on my face. It was a very pleasant, and dare I say, innocent, trip down memory lane. 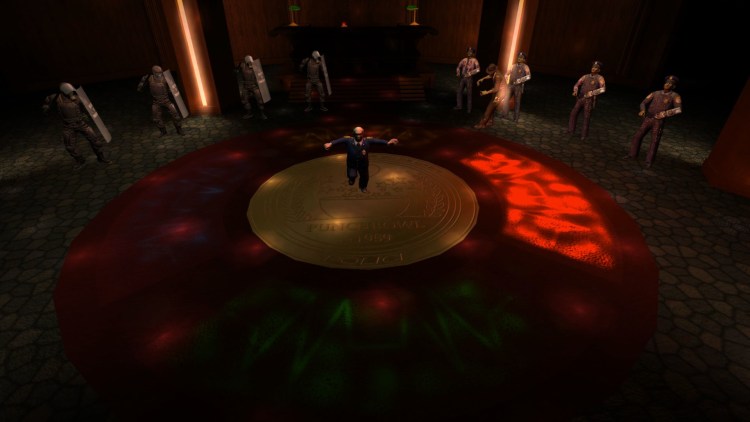 Is Stubbs the Zombie for everyone? Hell no. However, if you’ve ever enjoyed a shlocky, “B movie,” or possess a chronically immature sense of humor, then this will be right in your wheelhouse. Just don’t go in expecting the remaster treatment, as this is very much not that kind of product. When it comes to this undead nightmare, I can tentatively offer a recommendation, especially when consumed in one continuous playthrough. Lord knows, this isn’t going to be something you will ever want to come back to, but for a single evening of fun, Stubbs will definitely fit the bill.