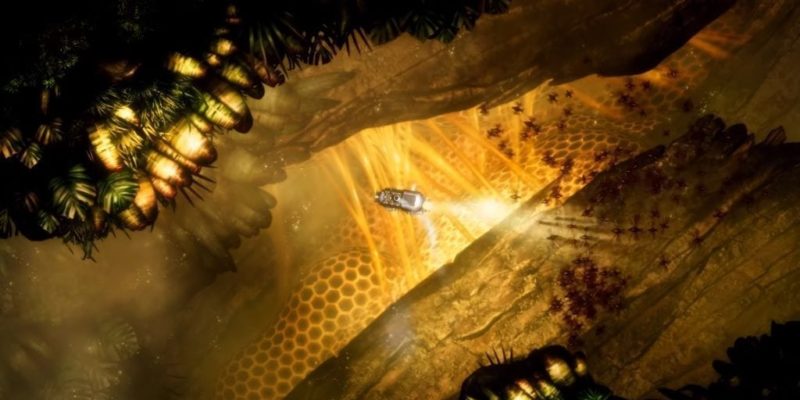 The launch trailer for Sunless Skies, the follow-up to Sunless Sea, has appeared. Within, we get a glimpse at the dark, unforgiving world in which you sail… a steam train? What?

Though an RPG in nature, Sunless Skies is all about surviving an uncharted world. Really, it’s a lot like Sunless Sea, but now you sail the open air, haunted by enemies and monsters. Called the High Wilderness, the world Sunless Skies inhabits is a churning, windy dystopia in which the Victorian Empire has slid its fingers. Your job as captain is to build a crew while struggling to survive the hostile and unforgiving skies.

“It’s an alternate history, where Queen Victoria has rebuilt London in the heavens,” wrote narrative director Chris Gardiner in a press release. “But this isn’t space as we know it: it’s a windy celestial wilderness littered with offshoots of empire, ruined libraries, rebellious enclaves, distressing monsters, and domains of the dead.”

The Choices We Make

Sunless Skies, much like its predecessor, is all about choice and consequence. You must constantly manage each of your crew members as well as supply needs while on your journey. You can discover new areas full of riches, or, like, giant wasps. No, really. There are what appear to be giant wasps you must contend with, and I am not okay with that.

Besides your own personal gain, there is also an underlying mystery. The stars in the sky are disappearing. Apparently they are dying, and one of your goals is to find out why. So long as you survive the adventure.

“Often, Sunless Skies is about the price you pay for curiosity,” Gardiner said. “It unfolds a world populated with deep, dark stories that lure you on, but leave their mark.”

Sunless Skies releases to PC via Steam and GOG on January 31. The game is already available on early access, however, if you feel you can’t wait that long.

Fortnite Enters ESL For The First Time With IEM Katowice 2019