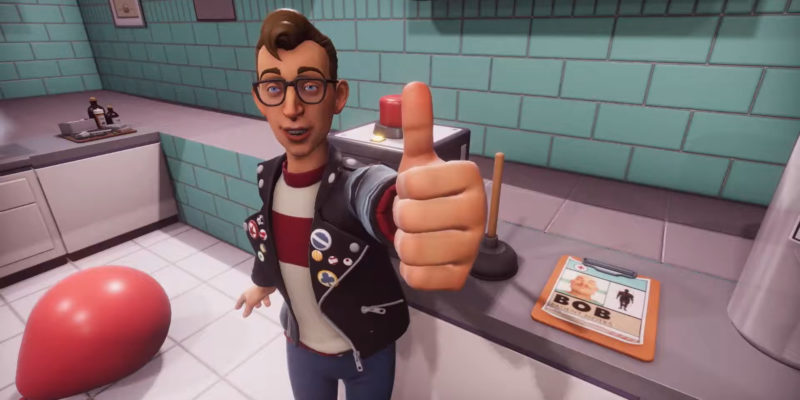 Developer Bossa Studios announced that Surgeon Simulator 2 will launch on the Epic Games Store on August 27. A trailer has been released showing the upcoming game’s new features, including a Lab Creation Mode. Surgeon Simulator was first released in 2013, and became popular due to the entertaining and the over-the-top gameplay physics. It’s no surprise that Bossa Studios decided to continue with an equally over-the-top sequel, which will see multiplayer incorporated within the game.

Amid all the usual in-game chaos, the recently released Creation Mode trailer shows how you can create your own levels. This can be done with up to three friends in a co-op mode. As well as this, you can share these online for other Surgeon Simulator fans to experience.

Players will now be able to complete surgeries beyond the torso with the addition of limb transplants. Also, it is possible to play with up to three other surgeons during transplants, which should lead to all kinds of hijinks. And, unsurprisingly, probably more Let’s Play videos on YouTube than you can count. The addition of multiplayer will likely extend the longevity of the game..

The story of a surgeon, or two or three

Another feature that will be available in Surgeon Simulator 2 is a story mode. According to Bossa Studios, this will add “all new puzzle-based gameplay.” Here, you will have an opportunity explore the Bossa Labs medical facility more closely.

A closed beta will take place on August 7 – 9, accessible to those who pre-order the game. By pre-ordering, you will earn some timed exclusive cosmetics, including the Mad Scientist cosmetics bundle in the standard edition. The deluxe edition includes another cosmetic, the Super Hero set, the original Surgeon Simulator wristwatch, a season pass, and much more. The standard version of Surgeon Simulator 2 will be priced at $24.99 USD when it’s released on the Epic Games Store.