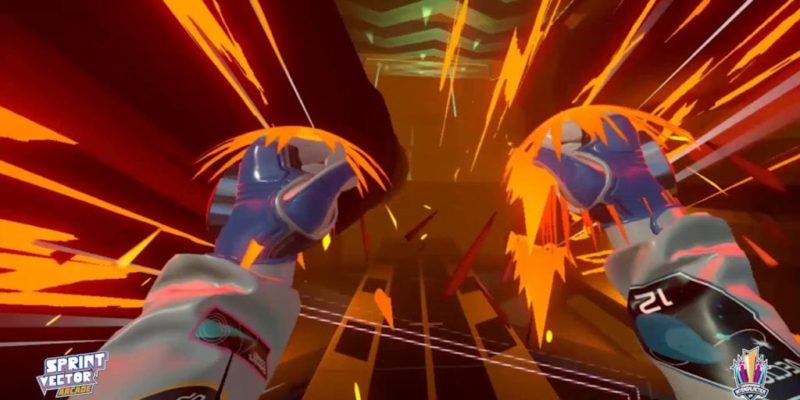 Following a week of beta testing, Survios has now set a release date for their all-action VR title Sprint Vector.

Sprint Vector launches on 8 February for the HTC Vive and Oculus Rift. In Sprint Vector players join Mr. Entertainment in his all-action game show where the “fastest sprinters” are “recruited” from around the universe compete in 8 vs 8 challenges. Players need to navigate through challenging courses utilising power-ups and generally leaping their way through levels while waving their arms around a lot.

PC players will be able to get their hands on  Championship Intergalactica Winter Games cosmetic skins pack for free when the game launches. Sprint Vector can be picked up on Steam and the Oculus Store when it launches.