Hidetaka Suehiro (known to most as Swery65) has announced his return to game development with the opening of his own studio, White Owls Inc. Suehiro left his previous company, Access Games, in October 2016.

Exactly what the man known for his work on Deadly Premonition and D4: Dark Dreams Don’t Die will get up to next is not clear. The White Owls site has reference to a “first original project” (but few details beyond that), and a separate tab for VR. Swery also appears to be working on a novel called I am Not a Cat.

In an interview with Gamasutra, Swery outlines the studio’s intentions as follows: “We want to create games for YOU, the people who like us. Games that are bizarre, scary, grotesque, and dreamlike, yet also have a strange realism. Games that remind you of the past, that are comical, and sad yet lovable. Those are the kind of games we’ll be making.” So that sounds promising.

If you need a pair of new leggings for that special person in your life, White Owls have you covered there too. 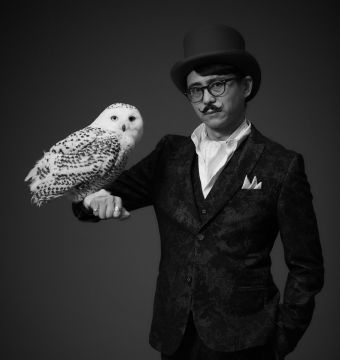