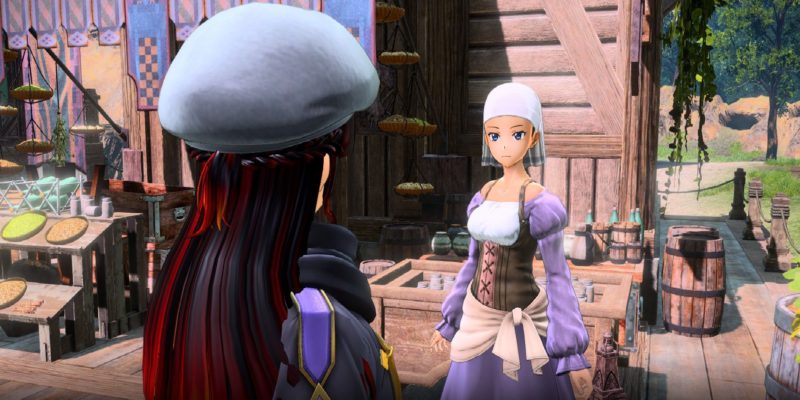 Throughout your journey in Sword Art Online: Alicization Lycoris, you’ll slightly get annoyed by automated main quest tracking. Once you reach Warmia Greenbelt, things even get a little wonky when you’re trying to complete the Beast Sightings main quest by helping Enanza and Reunalt. Here’s our guide to help you out.

In Sword Art Online: Alicization Lycoris, you’ll get the Beast Sightings main quest on your first visit to Williria, a small fishing village on the southern tip of the Warmia Greenbelt zone. The Beast Sightings quest comes from a woman named Enanza. She might not be the fourth Schuyler Sister, but that’s okay. 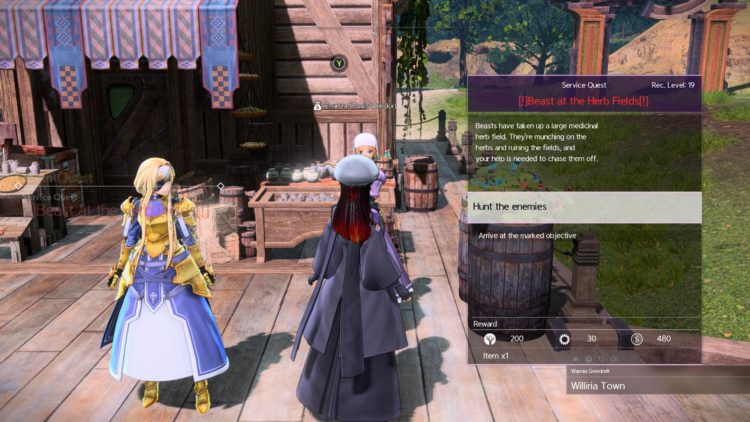 Here’s where it gets tricky:

1. The objectives are to complete Enanza’s and Reunalt’s requests. However, you don’t know who Reunalt is. I even tried to talk to every NPC in the village to see if one of them is Reunalt. 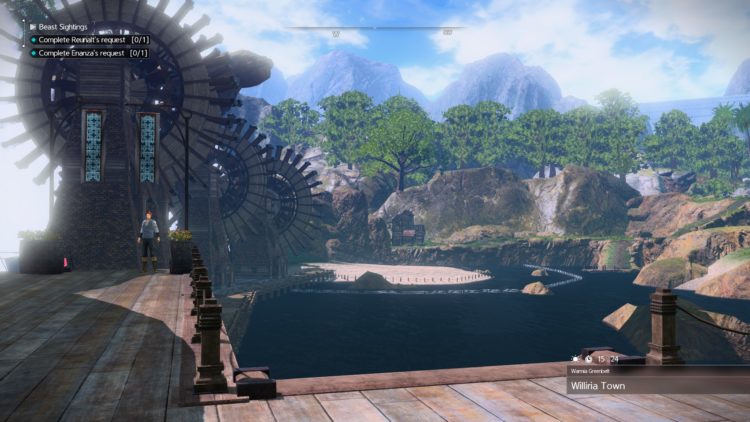 2. The Beast Sightings main quest shows up on your quest list. Unfortunately, you can’t set that as your destination so you won’t spot ground markers telling you where to go. 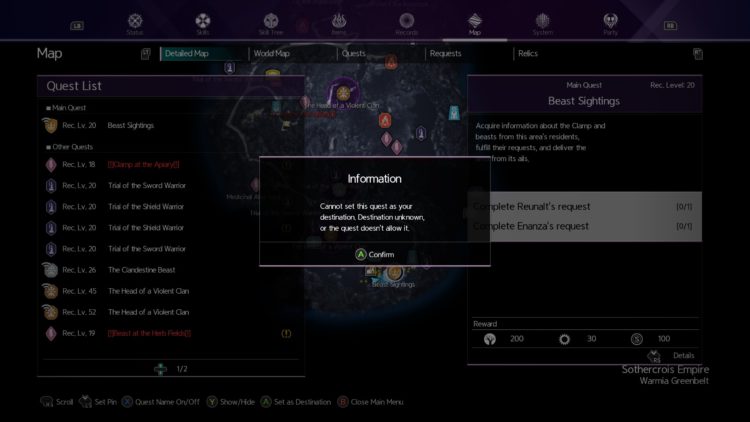 3. You’ll eventually realize that Enanza’s and Reunalt’s tasks for Beast Sightings are two different quests altogether. They show up on the list as “Other” quests — Reunalt’s task is Clamp at the Apiary (on the left side of the map) and Enanza’s is Beast at the Herb Fields (central area of the map). Unlike the icon for the main quest (orange crown), they are denoted with a pink quill icon instead. 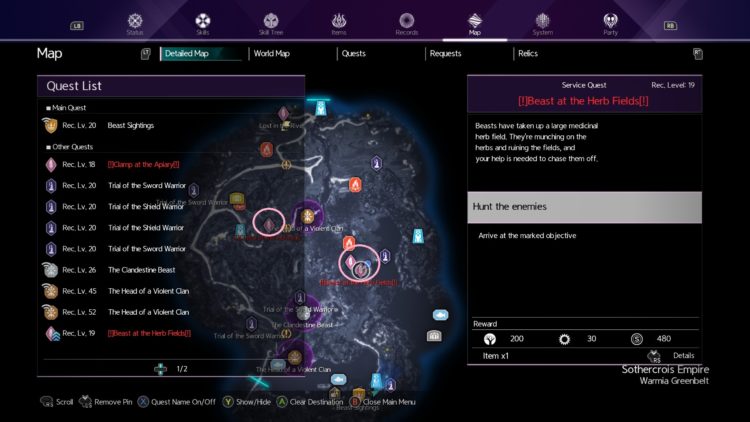 4. Oh, and if you attempt to manually place a marker on Enanza’s task (press the right thumbstick while hovering over a map location), the game will magically make you run in circles until you double back to Williria Village and Enanza again. Looks like Enanza… will never be satisfied. (That’s the last Hamilton reference for today, I guess.) 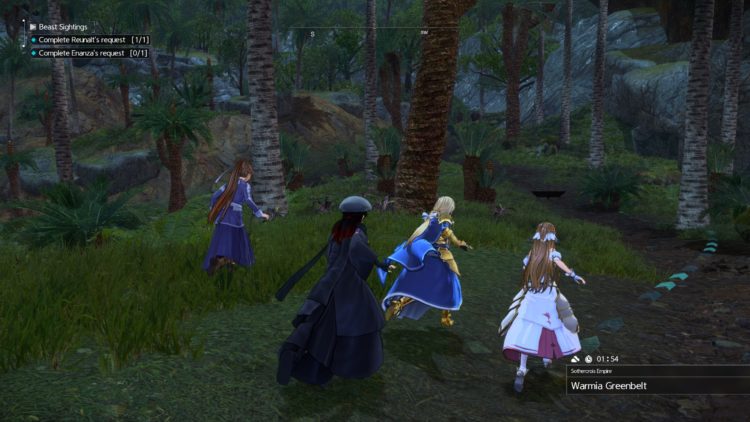 Instead, what you’ll need to do is manually place a marker on Reunalt’s task (Clamp at the Apiary/left side of the map). This will eventually show you the guided pathways until you fight a Clamp and some monsters. 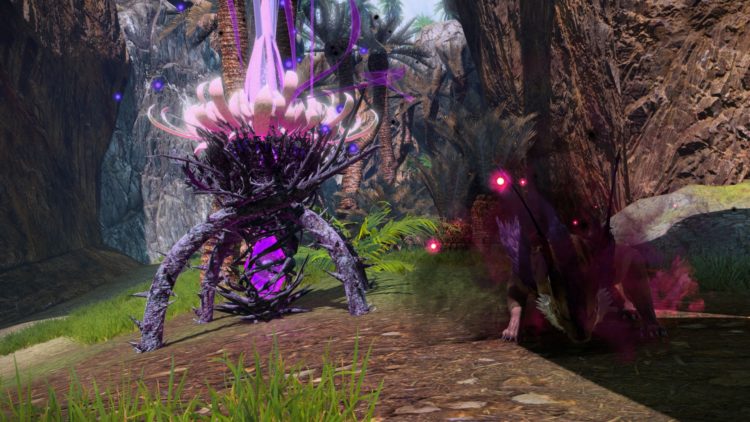 After that, just place a marker on the other “pink quill” icon that’s nearby (still on the left side of the map). This will take you to Reunalt’s hut so you can complete that objective. 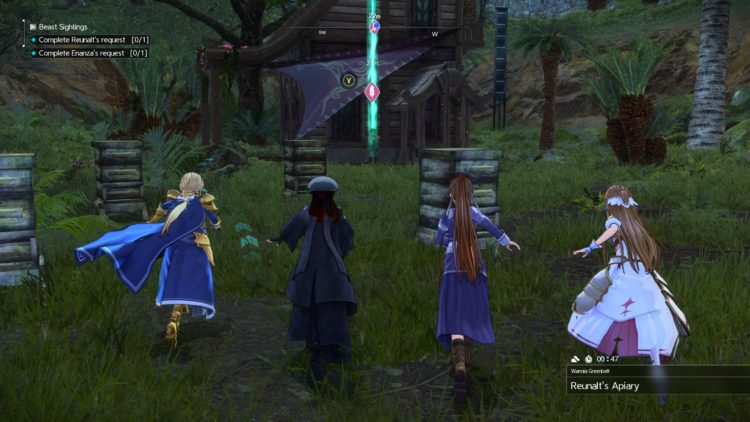 With that done, you can safely place a marker on the “pink quill” icon/Beast at the Herb Fields task. This will take you close to the Ilun Temple Ruins where you’ll battle a few mobs. 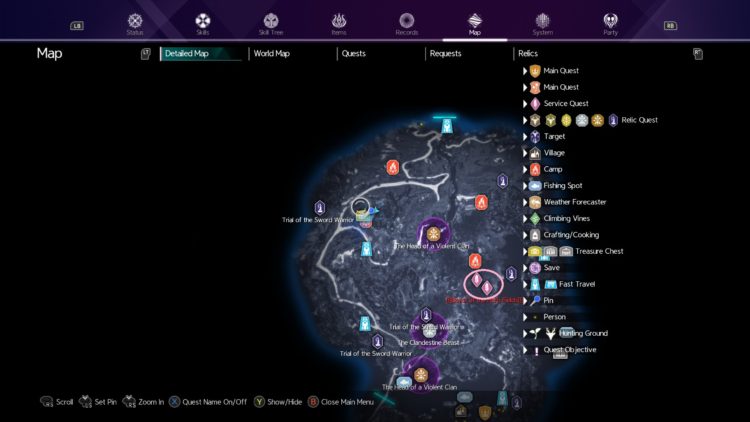 Then, it’s time to head back to Williria Village, talk to Enanza, and marry her so she can tell your story. I’m kidding, it just completes the Beast Sightings quest, finally. 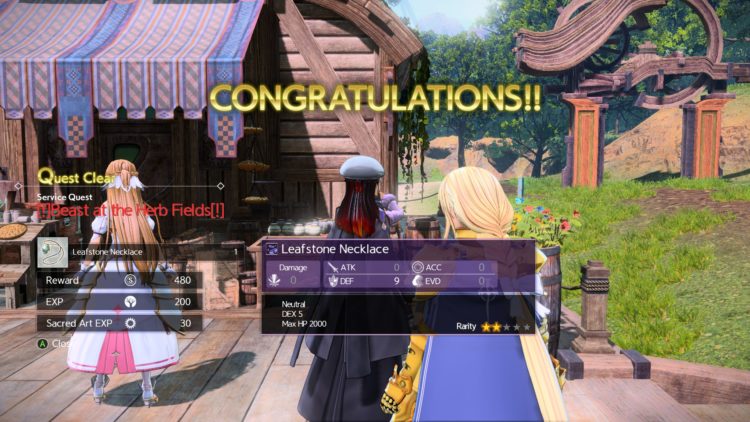