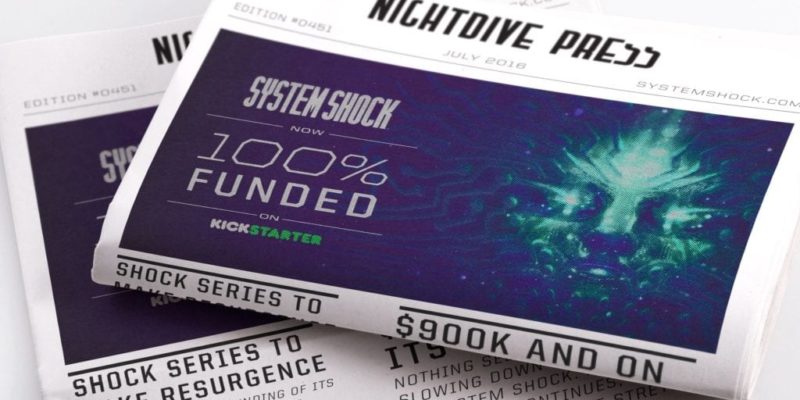 It was a no-brainer, a System Shock remake was always going to be backed, and Nightdive did the sensible thing of releasing a demo just to be sure. They now have $919,822 of the 900K they were looking for and there’s still 18 says to go. Nightdive thanked the backers in their update.

“We had done everything we could to make the Enhanced Edition more accessible to a modern audience but it reached the point where we began discussing a remake from the ground up. We started with a core team and a simple prototype to see if we could capture the look and feel of the original game.

“Pleased with the results we then brought on Robb Waters to help us re-imagine the enemies, weapons and other memorable props and items from the game, and to create a common thread between the remake and the original game. Robb concepted the original game, he should be the one to revisit the remake.

“A few more team members were brought on to take our prototype and develop it into the pre-alpha demo we would eventually release with Kickstarter. Our campaign began with a tremendous surge of support and in less than two weeks we’ve been completely funded…

“There’s no possible way I could convey how grateful the Nightdive team is to the 14,000+ backers who put their trust in us – we’re having a lot of fun remaking System Shock and we owe it all to you!”