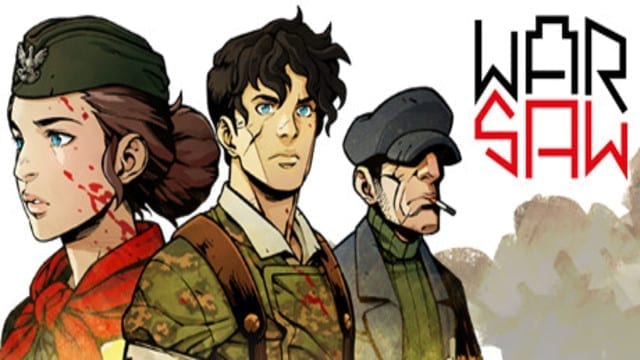 Most war games set in World War II focus on the Axis versus Allies . It’s understandable, of course, as the most decisive conflict in human history. However, it’s great to see other stories and perspectives on the greatest of wars. Warsaw is a tactical 2D RPG developed by Pixelated Milk, and it focuses on the Warsaw Uprising in 1944, as the Polish underground resistance rose against the Nazi occupation of the capital city of Poland. Both Jewish and Polish people took part in the uprising.

Leading the resistance, you will recruit and enlist fighters, while developing their skills and managing their resources. Battles will take place in an immersive urban warfare experience, with plenty of guerrilla tactics. As you encounter patrols and aid citizens, you must make tough decisions that will affect the resistance’s fortunes permanently. Warsaw features a permadeath system, and if your fighters go down in battle, you lose them for good. Their deaths will also have an impact on their loved ones and it will affect the overall morale of your resistance force.

Warsaw and its gameplay heritage

The comparison with Darkest Dungeon seems all but inevitable, from the 2D perspective art style to the combat animations and squad management. It’s an RPG-strategy hybrid that will require careful management of your resources, equipment, and the resistance team. Ammo, supplies, and people are all finite resources. You’ll have your base of operations in the resistance hideout, where you’ll be able to customize each member’s abilities and weapons. Warsaw will feature a deep and interlocking combat system encouraging experimentation and cooperation.

Warsaw will release on September 4 for PC on Steam. It will also release on PlayStation 4 and Nintendo Switch at a later date. You can find out more about Warsaw on the Steam page, and you can also follow the game on Twitter and Facebook.

What do you think of Warsaw? Do you think it will be as good as Darkest Dungeon? Are you interested in this kind of neglected story set in World War II? Drop your comments below, let us know what you think!