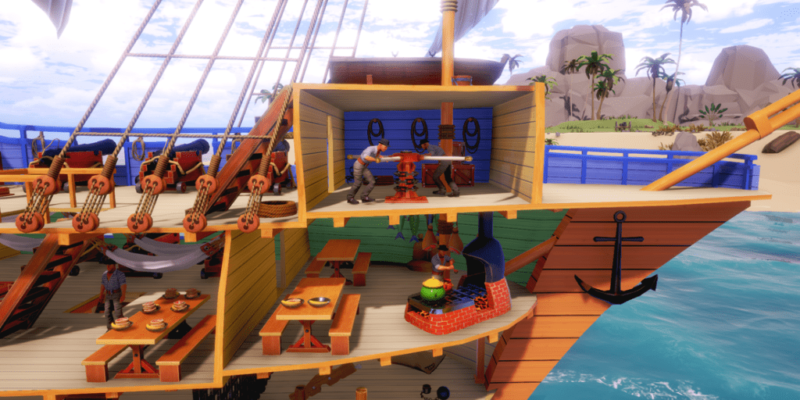 Coming this year from developer Every Single Soldier is a new ship command game called  Her Majesty’s Ship where players will have to command an 18th century Royal Navy warship.

HMS is set in a fictional world based on the Carribean with the main objective being to rise in rank to Admiral of the Fleet. Players will have to manage their ship and crew by following orders from the Admiralty. Keeping the crew on their toes and happy will be one of the main tasks while tackling hostile forces such as the Portuguese and pirates on the high seas. Players will also be able to raid towns and recruit new sailors into service. The game will also come with multiplayer and co-op modes.

HMS is due for release sometime this year and a Steam page is now live.

Grab DiRT 4 and DiRT Rally on Sale from Steam