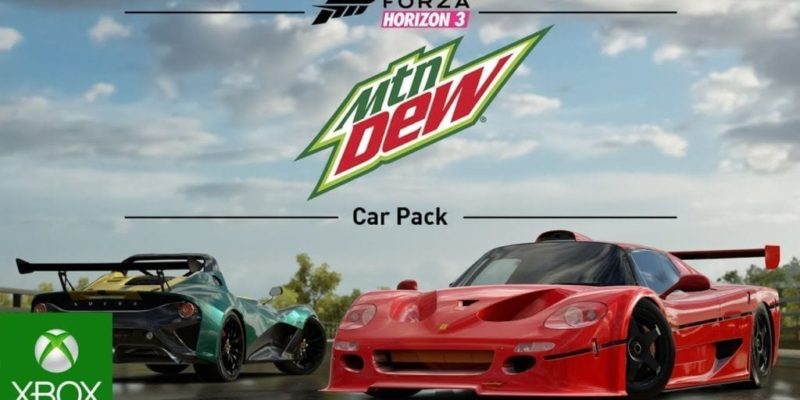 Turn 10 Studios and Playground Games are continuing their regular support of Forza Horizon 3. Since the game launched last September, there’s been a pretty decent amount of new content released for it to keep players racing around. Get ready for even more vehicles to choose from with the new Mountain Dew Car Pack.

A short trailer has also been released which shows off some quick footage of all seven of these sweet rides. Check it out:

The Forza Horizon 3: Mountain Dew Car Pack is avaliable now on Xbox One and Windows 10 for $6.99.

DiRT 4 gets a launch trailer