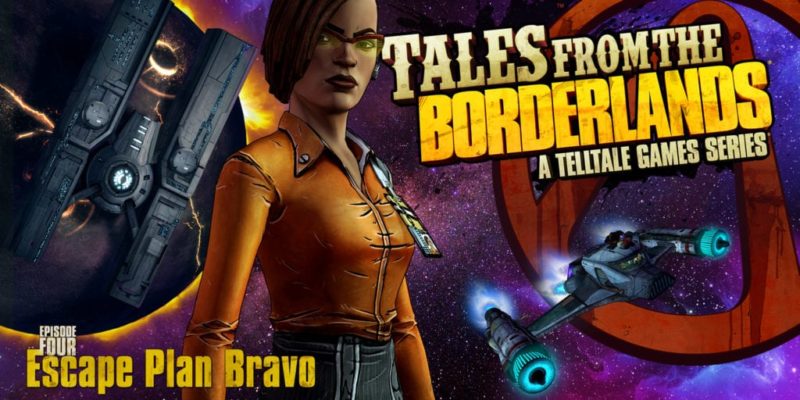 The Tales From The Borderlands will continue to be told from 18 August onwards, as the fourth (and penultimate) episode gets released on PC. That’s next Tuesday.

Since I’m not actually playing through this season at present, I’m not as acutely aware of what might constitute a story spoiler as I am with Game of Thrones. So apologies in advance if I repeat something from the press release that’s a bit spoiler-ish. You should be fine if you’ve played up to Episode 3.

In Episode 4, ‘Escape Plan Bravo’, Rhys and Fiona have been captured by Vallory and her squad of goons. Somehow, they’ll need to travel from Pandora to the Vault beacon on the Hyperion moon base ‘Helios’. They’ll be getting assistance from a “familiar face” (not Handsome Jack, since he’s mentioned separately as still being inside Rhys’ head), but still won’t find it easy to get on board.

Based solely on the new screenshots (below), I can confidently predict that Tales From The Borderlands Episode 4 will feature impressive statues of horses, some space flight, and punching dudes.

Resident Evil 2 is getting a remake