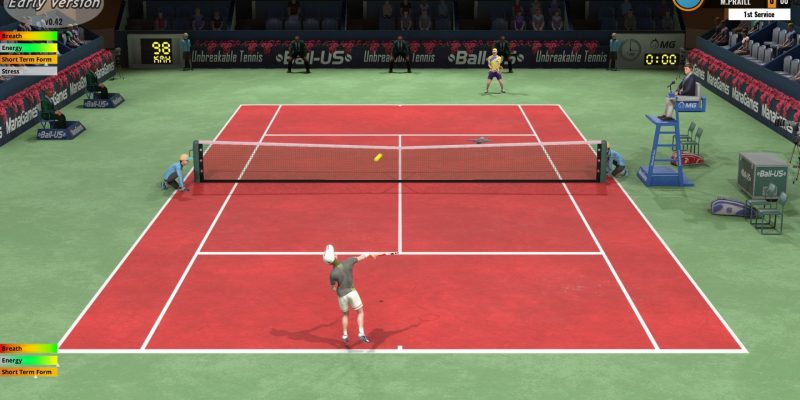 Due to the demise of Top Spin, tennis games haven’t had much in the way of great games in the last decade. That is, save for the Tennis Elbow series, which has neatly offered the best in the genre that can be purchased on Steam. Of course, the last game in the franchise was released years ago. Today, though, Tennis Elbow 4 has entered Early Access, bringing with it new features, customization options, nicer graphics, and more. The game is set to spend a year or so in Early Access, however, it’ll be done when it’s done. It’s already got a lot content and great features, but the question stands: is Tennis Elbow 4 worth it?

As of now, there are two modes: world tour and training. Training lets you warm up or play practice matches, which are, naturally, a great way to familiarize yourself with the gameplay before jumping in. Different stadiums and ground types are selectable. If you haven’t played a game in the series before, I’d strongly recommend practicing prior to jumping into the world tour. Tennis Elbow 4 is not an easy game, although you can certainly tweak it to your liking if you’d like to try and make it so. This tweaking does an enormous amount to separate the game from other titles.

You can choose between arcade settings, sim settings, or ones that are even tougher on you. The game is deceptively simple. You use the arrow keys or WASD to move your character. Unlike most other tennis games, there aren’t buttons mapped to specific kinds of swings. As long as you’re positioned correctly, your character will swing and hit the ball. But if you don’t press any buttons, the hit will be light and you won’t have fine control. 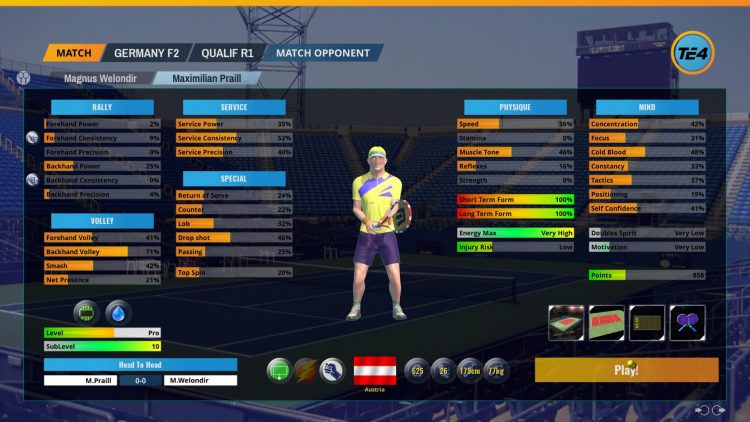 You use the left ALT and CTRL buttons for different swings, which are typically more effective than when your character swings by default. Depending on how long you hold down the left or right directions, you can select where to hit the ball. Tennis Elbow 4 has several different options to choose from when it comes to aiding you in your positioning. The game will flat out tell you where to stand, or you can choose varying degrees of information. Obviously, you can turn it off altogether and not mess with it.

The world tour mode is quite impressive, as it has many options and quite a satisfying set of systems. You can create a character or choose from a pre-existing one. As a first in the series, you can choose to play a junior career instead of a pro one. There’s a lot of customization under the hood, and you can go into your character sheet to give yourself certain skills and the like.

Then you’ll need to contend with Tennis Elbow 4‘s calendar management. You can sign up for tournaments, and you’ll typically need to qualify for them. You’ve got the choice between singles and doubles, although I avoid the latter like the plague, as the AI isn’t the most reliable partner. 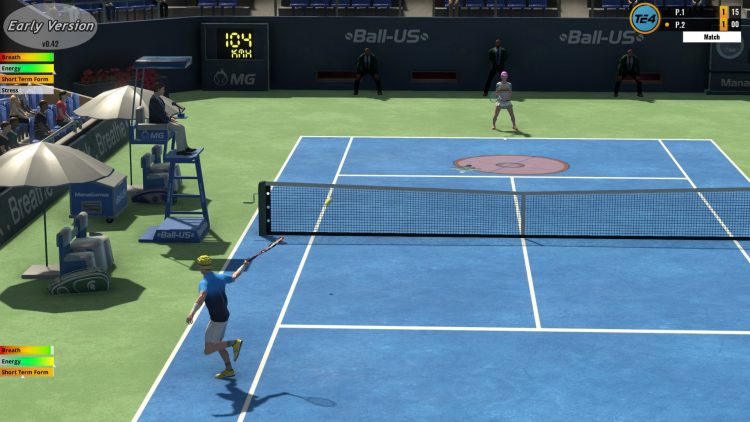 You can set how many games you want a match to consist of, plus you can choose the length of your character’s career, which can greatly extend the longevity of a run. The game’s physics are simply excellent with a lot of believable, consistent ball movement. Animations still need polish, and a few are missing, but the quality is good overall. The visuals also look quite solid in general.

As for whether Tennis Elbow 4 is worth it on its Early Access release, I can easily say that it is. There’s a ton of content in already, and although the game is going to have more polish, it already plays very well, offering more than enough quality tennis. It’s likely the best tennis game you can get on Steam, or possibly even PC for that matter, so it’s easy to recommend.