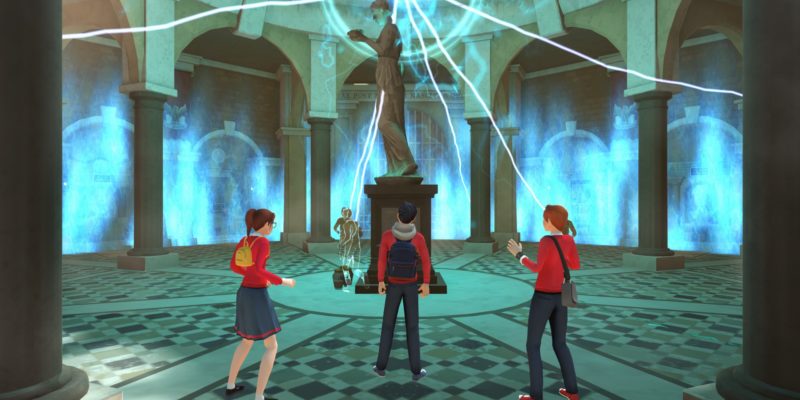 It’s never a good idea to describe an unproven product as a cross between things people love. But Pine Studio’s The Academy: The First Riddle wants you to know that it’s part Harry Potter and part Professor Layton. The obvious problem with this is that both of those properties are beloved in their own right. This game, on the other hand, feels like a recently unearthed piece of Nintendo Wii shovelware with a weak story and very poor puzzles. Fans of either name-dropped franchise won’t find much of anything to hold their interest. Plus, there are game-breaking bugs that can make it impossible to complete. Yay.

Welcome to the machine

The Academy tells the story of Sam, a high school freshman who shows up at the titular establishment to take the entrance exam. The exam itself, much like nearly everything else in the game, is represented by a single puzzle (and a second, optional one if you so choose). Once he solves it, he’s immediately accepted into the school and classes begin shortly after. You’d expect it to be a magic school due to all the Harry Potter promises, but the school instead seems to be focused on puzzles. It’s dumb. The narrative takes a while to get going and mostly focuses on the academy’s founder, who had a bunch of magic inventions that are being mysteriously activated and causing havoc.

The game loves to tell you how the teachers are geniuses and experts, but for some reason, only a mute child with no character traits and a couple of low-rent knockoffs are capable of noticing these inventions, even when there’s one openly visible in a room that you know people walked through just hours before. I guess all these geniuses just don’t think much of glowing, magic puzzle boxes. 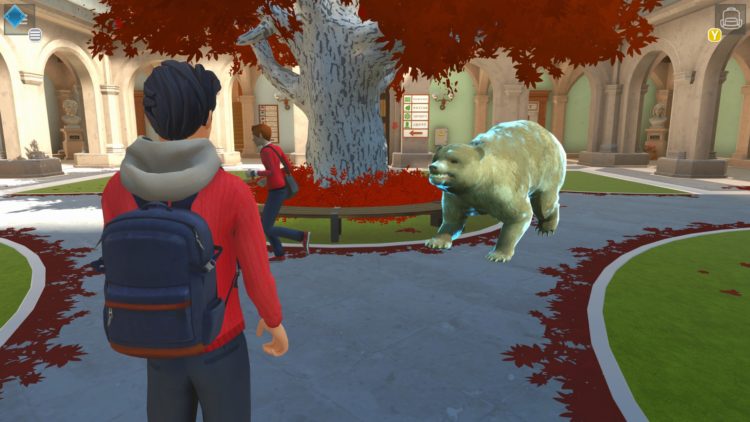 The narrative in The Academy isn’t interesting or enjoyable and neither are the characters. The game has no voice acting and the cast is made up of rote archetypes, some of which are clearly modeled on Harry Potter characters. For instance, Sam’s two closest friends are Dom, a scrawny boy with red hair who often embarrasses himself, and Maya, who’s like an impulsive, mischievous Hermione. Then you’ve got Sam’s overweight, dopey roommate who looks like Tucker Carlson. (His name is even Tucker!) Plus, there’s a bully whose only purpose is to openly harass all the other students in plain view of the teachers. It’s all very lazy. Also, when I say “closest friends,” that’s only because the game tells you that’s what they are. Since Sam has no personality and the characters just immediately associate with each other for little reason, they don’t feel like friends.

The structure of The Academy is rather simple. You can freely explore the fairly small school while controlling Sam in the third person. Your objective is always shown with a blue marker pointing you in the right direction, with side objectives shown via a question mark. Either of these usually results in you needing to solve a puzzle or the occasional fetch quest. Once you reach your destination, someone will tell you that a thing needs doing and the puzzle you solve is meant to represent this. Sometimes Dom’s brilliant inventor father will task Sam with fixing one of his machines, which Sam is somehow better at than him. Other times puzzles are meant to represent lectures.

This might actually have been neat if the puzzles were any good, but they generally aren’t. I’m not going to say that they’re all awful, but the level of quality is not high. I’m honestly hesitant to even call them puzzles, as many of them aren’t. A lot of them are just straight-up trick questions where the game will posit a question, only to go, “Sike! You weren’t meant to answer the question at all! It was worded in a particular way and you were meant to see through the trick!” Doing that occasionally wouldn’t be a big problem, but The Academy does it all the time. 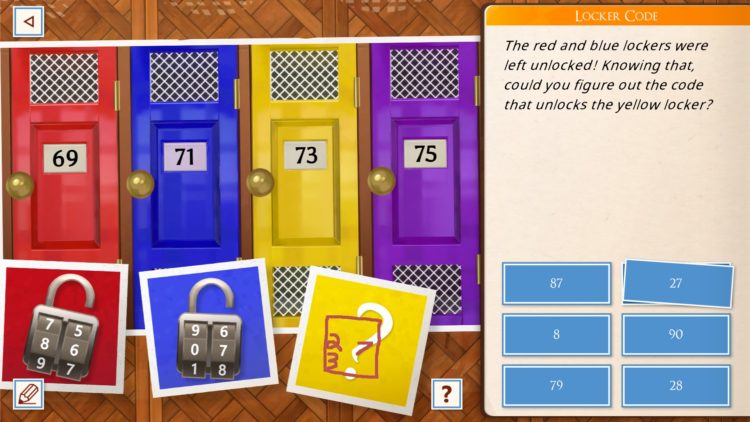 A lot of the other puzzles are simply so easy that practically anyone would be able to solve them within moments. On the other hand, some don’t give you enough information or completely fail to even ask you a question at all. I ran into at least one puzzle that didn’t appear to even have a correct solution. The solution the game insisted was the right answer appeared to be completely incorrect unless I’m sorely mistaken. The Academy switches between these types randomly too. There’s no difficulty curve. You can get a puzzle that barely explains itself and then the game will follow it up with something you’d expect to see in a book for small children.

Everybody to the limit!

Puzzle quality notwithstanding, the execution of the puzzles themselves is disappointing. Practically none of them are interactive in the least and all you can really do is make little notes on top. It would have been pretty neat to actually have 3D models to fiddle with in order to visualize certain elements, but you’re just going to be left trying to picture them in your head. It’s not what most people are going to want from a video game. There are technically 3D puzzles in The Academy, but they’re even less like puzzles than the rest are.

Whenever Sam finds a puzzle box causing a disturbance, he has to stop it by putting its pieces back together via a minigame. The box itself can be rotated, and all the pieces are modeled too. But there’s no challenge here. It’s almost always obvious where the pieces go and they even lock into place when you move them past the correct location, so they’re mindless and simple. The regular puzzles are also extremely cheesable, as many of them are either multiple choice or require you to place markers to select your answer. It’s only occasional that actually solving anything is necessary. 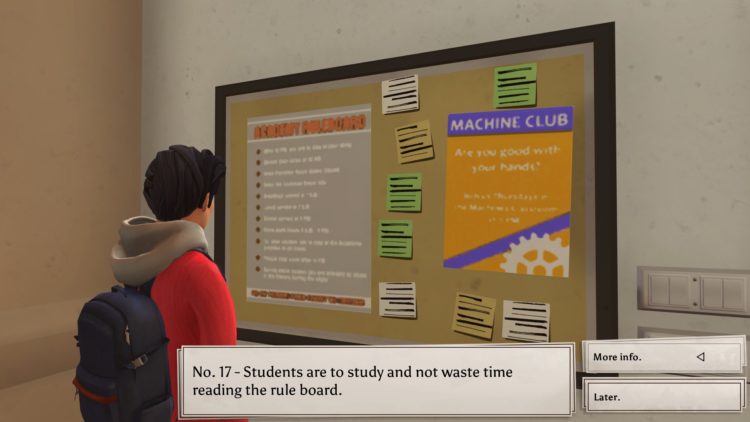 But even if you do get every answer wrong before finally selecting the correct one, there are no repercussions. You can find chocolate bars scattered throughout the school that can be used to grant you hints for solving puzzles. I rarely used these, but when I did, the hints were sometimes completely useless. After using a hint and brute-forcing some puzzles, I had no clue what was even required to solve them.

Let’s do the time warp again

As I said earlier, The Academy really does remind me of Wii shovelware. The character models are generic, cartoony, and lazily put together. It’s not so much an ugly game as much as one that looks like it was made with a small amount of effort. Watching the characters silently flap their mouths gets rather aggravating after a few hours, not to mention that the dialogue has its fair share of obvious typos.

And then there are the game-breaking bugs. The Academy has three chapters that are all shown on the title screen. But you can’t jump to different points in time from the main menu. Once you complete chapter one, attempting to select it in the menu does nothing. You can only select a new chapter once the previous one is complete. I found this out when I entered Sam’s room, only to watch him fall through the floor into a gray void where I could see nothing but his room above and the skybox outside his window. The game autosaves constantly, so I couldn’t continue the game. My only option was to delete my save and start over. 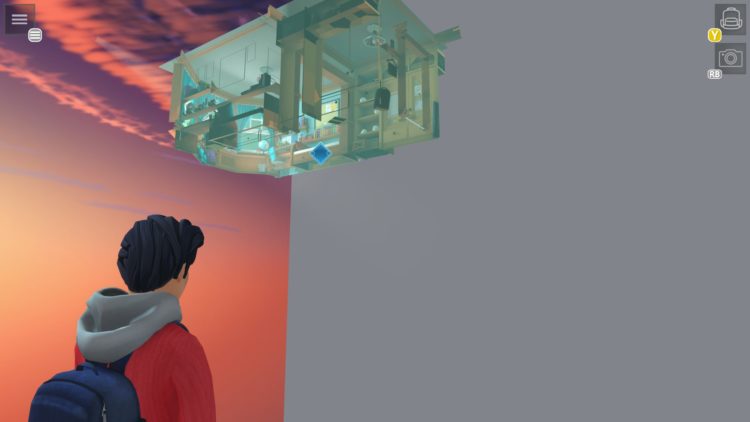 The Academy: The First Riddle promises much more than it can deliver. With a lazy presentation, a weak story and characters, and uninspired, annoying “puzzles,” there isn’t much to recommend here. When you consider all of that along with the fact that you’re always risking being a loading screen away from having to start the game from the beginning, this is one invitation you’re likely going to want to pass up. 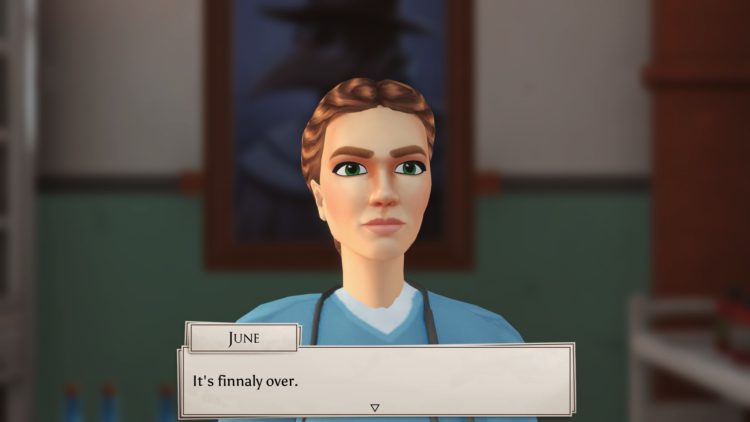 The Academy has a weak narrative, poor puzzles, and game-breaking bugs. This is one invitation you're going to want to avoid.

Square Enix games are back on GeForce Now