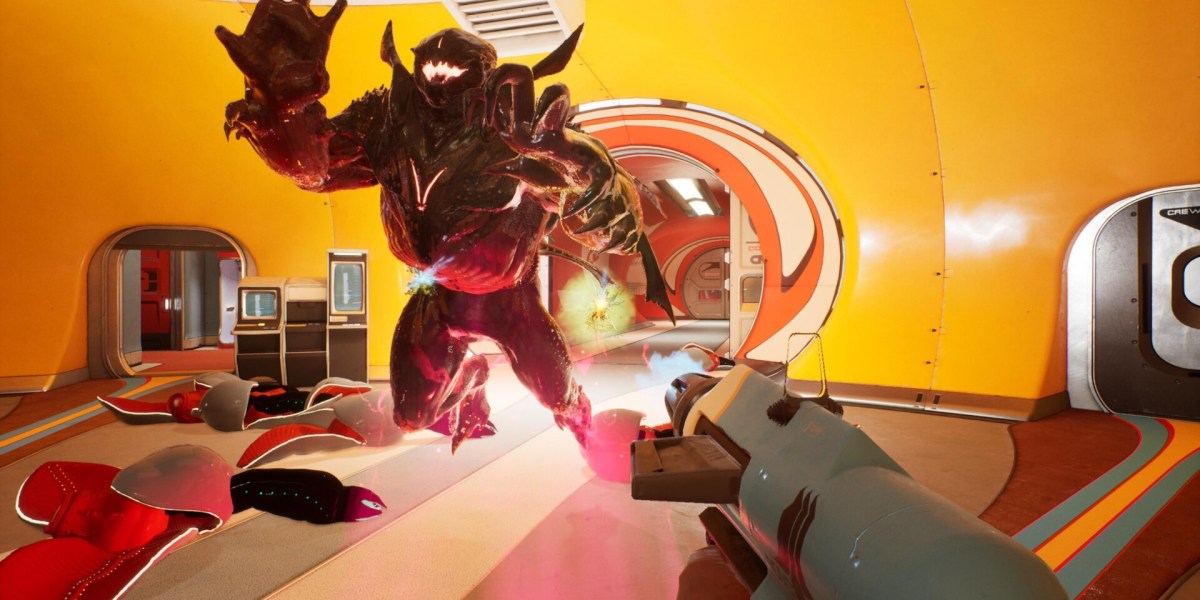 Similar to online co-op shooters/action games like Left 4 Dead, Back 4 Blood, and Vermintide, The Anacrusis has you teaming up with players as you take down scores of hostiles. Here’s our guide to help you with all the special alien types in The Anacrusis.

Okay, horde attacks are, obviously, just a bunch of regular mobs swarming you. However, they’re still worth mentioning due to how these hectic moments can make or break your run. Horde attacks can happen based on the AI Director’s whim (usually accompanied by the usual action-packed music™). Alternatively, these can occur at predetermined areas in levels (i.e., activating an elevator or opening a large door). My advice is to find a corner and hunker down. Likewise, make use of cycled Pulses to keep hostiles at bay. Moreover, special aliens in The Anacrusis tend to spawn during horde attacks, too. 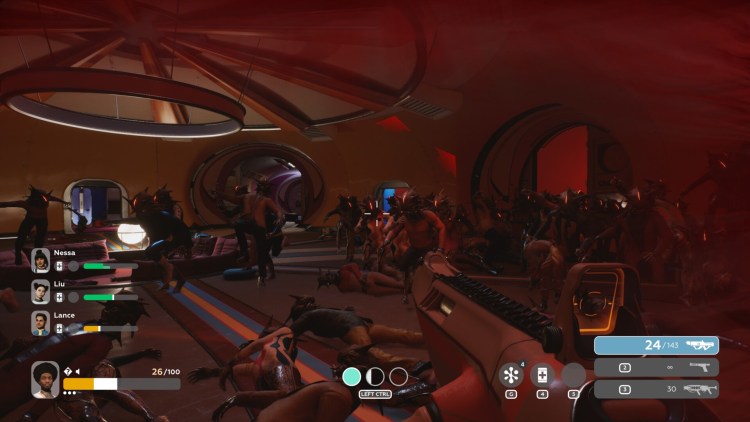 This big, lumbering baddie is akin to the Tank or Rat Ogre. It rushes and smashes anyone nearby, so stay clear of its path and avoid getting too close. The Brute is immune to Pulse and Shield Grenades, but it can be slowed with Goo Grenades and Stasis Grenades. 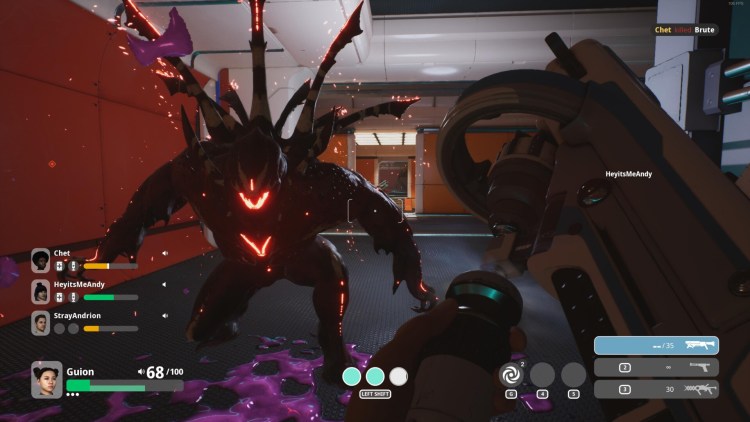 As the name implies, the Grabber will pull you to where it’s standing (just like the Smoker). It’s one of the deadliest special aliens in The Anacrusis due to the added chaos that it creates. Imagine defending against a swarm, and suddenly seeing a teammate get pulled. Use rifles to eliminate it immediately as it often appears further away from the squad. 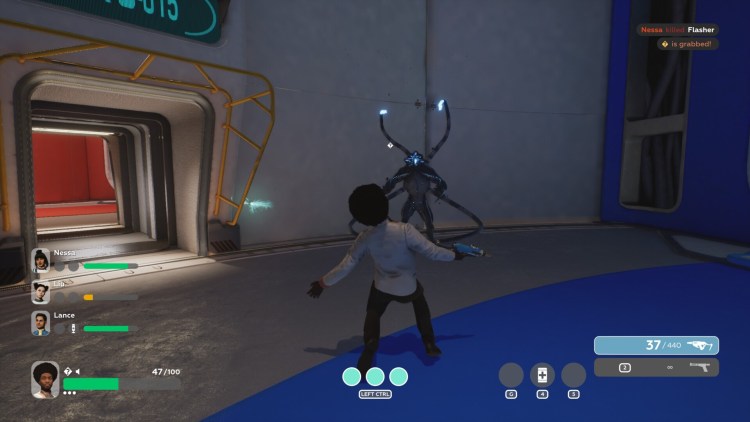 The Flasher special alien in The Anacrusis doesn’t have a lot of health. But, it’s still very annoying since it emits a blinding light. Most players will have a tough time seeing it, leading to missed shots and wondering where it might be. Oddly enough, AI bots make quick work of it once most of the regular mobs have been defeated. 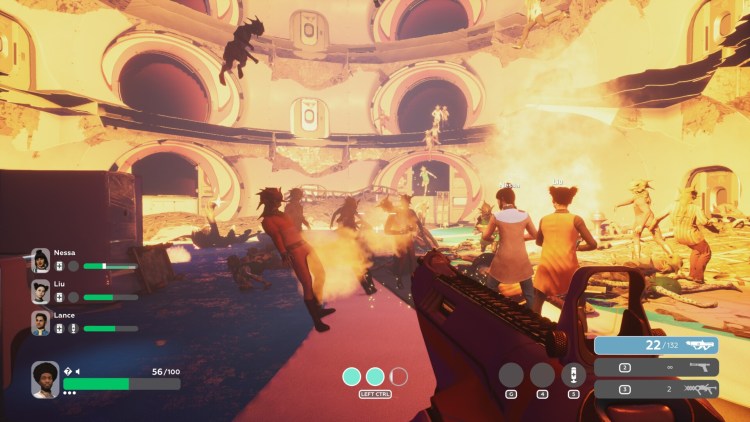 The Gooper can be killed easily enough. The problem is that it’ll usually get to spit a globule or two. If it hits a player, that person will be immobilized until the slime has been shot off their body. The sludge created on the ground will also slow you down, and it’s highly flammable. 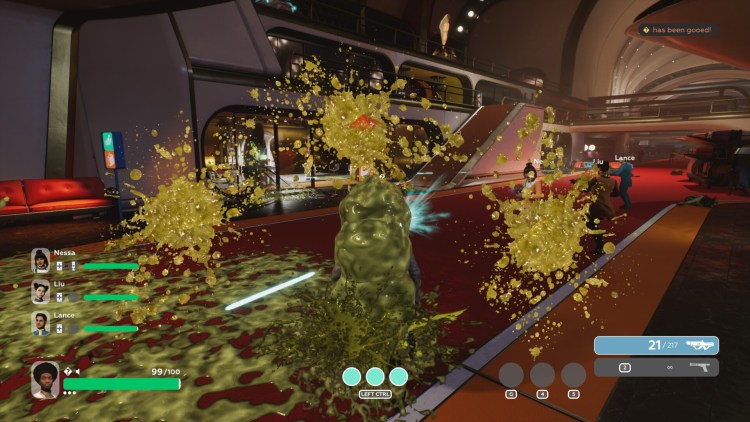 The Spawner special alien in The Anacrusis is filled with glowing fungi. It shouldn’t be hard to spot out in the open. However, it tends to stay further back, scurrying off when possible. You’ll know that it’s still alive if you hear its cackle.

What The Spawner does can be downright brutal if it appears when you least expect it. Basically, it will summon rolling orbs that will turn into Eye Turrets when they reach you. These creatures will then shoot globules. Worse, the rolling things will bypass Stasis Grenades and Goo Grenades, too. At the very least, they tend to die in a couple of hits. Just be ready for them since they’ll burst you down if you’re not careful.

The Eggs in this game are really odd and I’m not actually sure if there’s a “tell” when they’re around. But, when you aggro them, these spiky orbs will roll and smash into you (they’re also immune to Goo Grenade slowdown). Try to back away if you spot them and keep shooting before they can hit you. 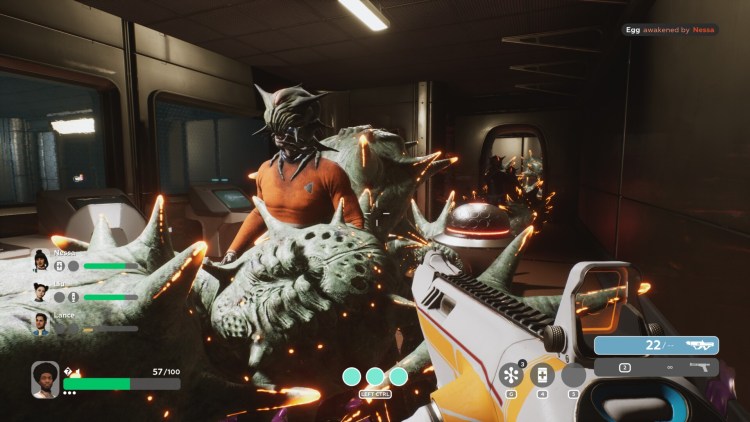 By Cameron Woolsey14 hours ago
Guides