If I know anything about striptease – and I really don’t, but shut up and listen anyway – it’s that there’s a certain amount of emphasis on the word tease. In order to rile up your victim and get them excited, you show things a little bit at a time. You torment. You do things slowly and deliberately and carefully. You do not walk out naked, arms spread, and bellow “WELL HERE’S MY COCK,” hilarious as that would be (and I do know something about that).

And yet the latter is exactly what the games industry does when it shows off its latest and greatest games. It doesn’t tend to leave much to the imagination, nor does it keep any surprises in store. When we see games, everything’s on show before the game hits the stores. 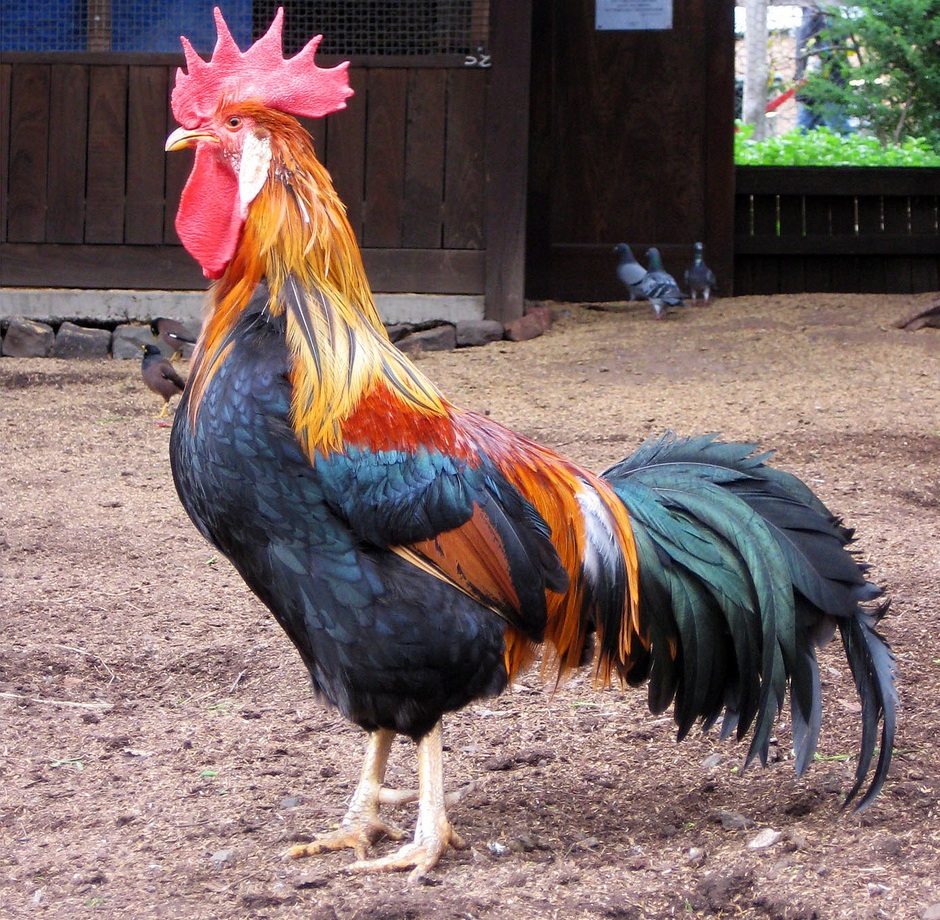 This is my cock. His name’s Boris.

It’s not hard to see why this is. Games are so expensive that, unfortunately, the emphasis tends to be on sales rather than player enjoyment. As such, publishers show off a game’s best and most explosive moments before release, in the hopes of enticing players into creating record launch day sales. They tell us everything they can about the game. “These are the enemies,” we’re told. “These are the weapons. This is a big set-piece. This is the story. Here’s a look at some of the impressive cutscenes we’ve got going on later.” And we’re impressed, so we buy it.

The problem is that, for me at least, this tends to make games a lot less fun to play.

I can’t really talk about this without delving into anecdotes; it’s impossible for me to play a game for the first time both knowing all the pre-release stuff and going in blind. Still, it’s perhaps telling that when I really enjoy a game it’s because it surprised me. I went into the original Deus Ex knowing two things – that it was a first-person shooter, and that it had customisable weapons. What I found was an FPS/RPG hybrid with multiple paths, emergent behaviour, and a staggering amount of attention to detail with regards to what the player did. It felt free and open and I had no idea about any of this. It surprised me. I loved it.

No, this isn’t Sleeping Dogs – it’s Deus Ex’s rendition of Hong Kong, updated with the New Vision mod. And the existence of that mod is a perfect excuse for me to replay that game for the umpteenth time.

I went into Psychonauts off the back of the (fairly rubbish) demo, knowing nothing about the overarching plot or the rest of the powers or the craziness of the later levels. I wasn’t waiting for a particular level, or sighing until the villain I’d seen in seventeen trailers turned up. Despite its many flaws, it’s one of my favourite games of all time. The sum total of my Sleeping Dogs knowledge – one of my favourite games of last year – was that it was an open-world game in Hong Kong, with triads.

Like I said: these are anecdotes, and they’re all brilliant games anyway… but I can’t shake the feeling that I’d have enjoyed them at least a teensy bit less if I already knew everything about them, going in.

Unfortunately, I expect I’m screaming into a pillow here. This is one of the times when those who make games are completely at odds with those who play them. We want to enjoy the games. They want us to enjoy the games, too, but primarily they want us to buy them. If they can ensure more sales at the expense of making us enjoy a game a little bit less, then I can’t imagine it’s too hard a decision to make.

This chap’s starring role in Metal Gear Solid 2 may, admittedly, have upset more people than it impressed. And let’s face it – you probably couldn’t spoil too much else about that game anyway. You need four doctorates just to understand the bloody ending.

Some attention should be given to those who do go out of their way to shock their customers, though. Metal Gear Solid 2 is one of the most famous of these, with everyone thinking that the game revolved around Snake before launch (although in this case, it created rather a spectacular backlash). Still: Kojima, in his own weird way, actually seems to understand that surprising players makes them more likely to feel there’s something special about the game.

He recently Tweeted “In media [interviews], some ask ‘What’s the story about?’, ‘Who’s the enemy?’ ‘What would happen to Snake?’ This also happened in E3. I answer nicely with smile below. ‘It is as if telling you who’s criminal though the writer hasn’t finished writing his mystery novel.’”

Which is hugely annoying and pretentious, but get past the auteur affectations and the imperfect English (which isn’t a knock – his English is a lot better than my Japanese) and I can’t say I entirely disagree with him. I don’t think it’s anything quite like asking an author who the murderer is in their forthcoming murder-mystery, but when it comes to something like Metal Gear Solid 5, I’m not entirely sure that these are things we need to know before we buy it. I mean, at this point, chances are you’re either going to buy it or you won’t. Hearing about an additional few characters isn’t likely to change that. So is there any point in metaphorically giving away the game beforehand? 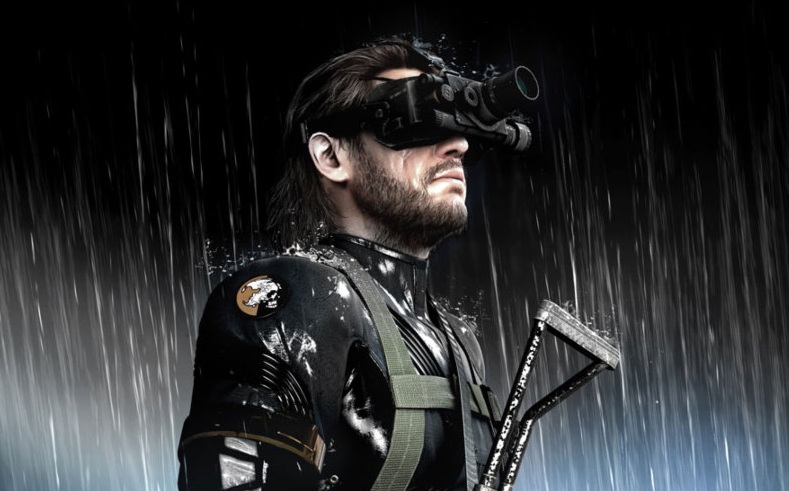 Personally, I wouldn’t Hayter it if the whole Kiefer Sutherland thing was a troll. Assuming the game gets a BLOODY PC PORT, anyway.

It goes a bit further than that, too, because Kojima’s reputation for trickery means that almost everything revealed about one of his games is now taken with a grain of salt. If someone else said “Kiefer Sutherland is starring in our game,” we’d just believe them. But with Kojima, there’s a large contingent believing that it’s a trick – that David Hayter will be returning as Snake. How many of you think there’s at least a slight chance of that happening? Now, with that in mind, how many of you think Michael Ironside will be returning to voice Sam Fisher in Splinter Cell: Blacklist? It’s the same situation – voice usually associated with the character isn’t involved in the latest production – but only one of them is believed outright.

On the flipside, we have Peter Molyneux, who we tend to disbelieve for entirely different reasons – namely, because Molyneux has a long and storied history of hyping up his games to utterly unreasonable proportions. “Fable will let you plant acorns and grow them into trees” is one of the more famous, but we shouldn’t forget “Fable: The Journey isn’t on-rails,” and “Black & White will be a good game.” This is really the other extreme of the spectrum, showing off the dangers of telling people too much. Particularly when “too much” equates to “made-up-on-the-spot bollocks.”

It’s not like the act of spoiling things pre-release is limited to games, of course; there’s a reason why TVTropes has multiple pages under the banner of “Trailers Always Spoil.” And it’s not like surprises don’t work in other media, either – Psycho shocked a fair few people by offing its biggest star less than halfway through the film. (I’m safe with that spoiler, right? There’s a statute of limitations on these things, surely.) Nonetheless, it somehow feels more irritating to me when a cutscene from the last half-hour of a 12-hour game is teased, than when there’s a shot from the climactic battle of a two-hour movie.

Quite honestly, my least favourite part of working as an in-house games journo (barring playing painfully average games that weren’t bad enough to openly mock) was having to write news. Not because I dislike writing news, but because it meant I had to expose myself to everything developers and publishers and PR said and did, to decide whether or not it was worth reporting. Now that I don’t really do news, I have the option of not exposing myself to the huge amount of carefully-released information that’s floating around. If there’s a game I’m interested in and am fairly certain I’ll get, I now have the opportunity to avoid all of the previews and news and reveals.

What’s particularly galling are the occasions when things that the developers clearly intend to be twists wind up being spoiled in pre-release bits and bobs. I knew a fair few of the plot twists and clearly-intended-to-be-surprises (judging by The List of Things I Wasn’t Allowed To Talk About) to a couple of major BioWare games thanks to preview events, which I took great pains not to write about… and one or two of these then wound up in trailers anyway. The aforementioned Sleeping Dogs is perhaps one of the most egregious public examples, with its demo completely spoiling a plot twist towards the latter half of the game. I could fill out another five paragraphs giving examples, but I suspect my point is made.

If I remember rightly, I wasn’t allowed to refer to Jack as anything other than “Subject Zero” when reviewing Mass Effect 2, nor was I allowed to reveal her gender or really talk about her at all. This, despite the fact that this picture is taken from a pre-release trailer DEDICATED TO HER. Hnnng.

Like I said, it’s not hard to see why these things are pushed so hard in advertising. Look at the cool characters! Look at the big explosions! Look at the tense, dramatic scenes that clearly take place near the end of the game! Sod the fact that they might’ve been a hell of a surprise if you hadn’t seen them three months before the game was out; look at them! It’s perhaps understandable if said big twist is something that completely shifts the tone and nature of the game (like Miasmata‘s kitty monster) but it’s usually hard to shake the feeling that, like Patrick Stewart, by the time the game comes out it’s too late. We’ve seen everything.

So no. This isn’t going to change, but then this isn’t an appeal to developers, or publishers, or even PR. This is an appeal to you. As an experiment, if there’s a game you’re looking forward to and you’re pretty sure you’re going to get – maybe Metal Gear Solid 5, or Batman: Arkham Origins, or Assassin’s Creed 4, or whatever – just stop reading up on it, right now. Don’t read the previews. Don’t watch the trailers. Don’t find out the identities of the rest of the assassins in Batman; don’t hear anything more about the plot of Assassin’s Creed; don’t… well, okay, everything we’ve heard about Metal Gear Solid 5 is probably a lie so you might be safe there. But still: learn nothing more about it than what you already know. Then buy it, play it, and see how these things impact your enjoyment.

SEGA rains down a Company of Heroes 2 launch barrage