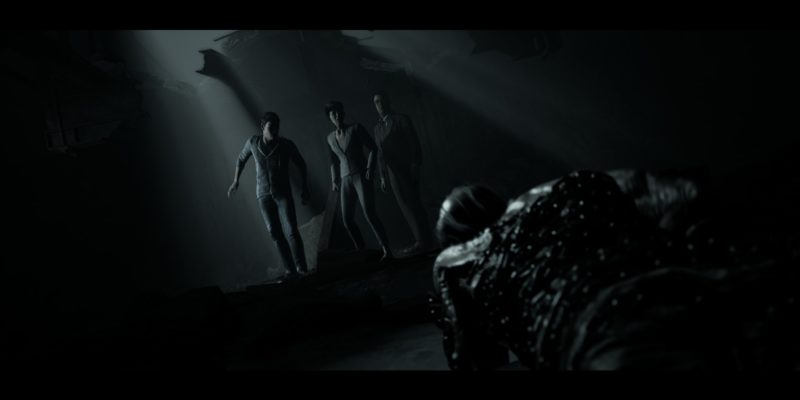 The Salem Witch Trials continue to make for fascinating subject matter. Hot off the heels of Man of Medan, developer Supermassive Games is returning to the well for its next slice of choose-your-own-adventure horror in The Dark Pictures Anthology: Little Hope. Although it’s releasing closer to Halloween, I got to take a brief look at a preview demo and see some of the scares that are in store for next month.

The Little Hope demo wastes no time and starts in medias res. You take control of a college student named Andrew who is investigating an abandoned police station in the eponymous town. He and his professor, John, head in to look for a phone. They then walk around the small station searching for one, which is the extent of the exploration I got to see in the demo. There were little things here and there to catch the eye, such as a couple of objects with writing on them. But it doesn’t take long to find the phone and get the next cutscene going.

Once Andrew finds the phone, John is angered to discover that, while the phone is certainly there, there’s no cable, so no call can be made. Once again, Andrew goes on the hunt. However, before long, the phone starts to ring and you can either have Andrew or John answer it, which makes no difference. From there, a hand grips the caller, and the two are pulled into the scene of a witch trial hundreds of years ago. The two then make startling realizations: not only can certain people at the trial see them, but a couple of the people there are the spitting image of John and another person in the group, Angela. 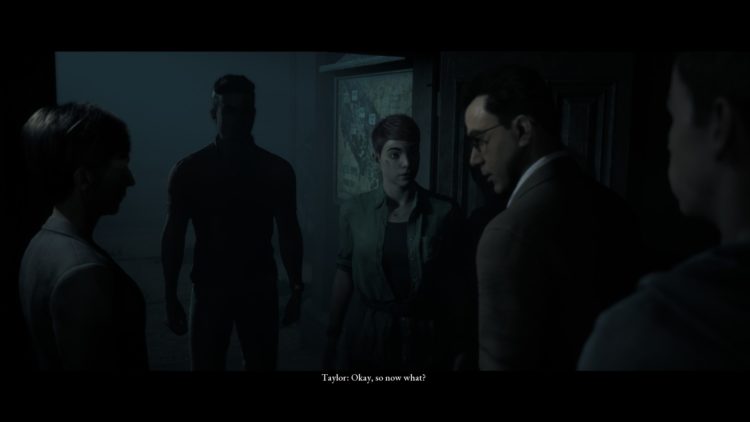 While I’m very curious to see how Andrew and John are able to change things when Little Hope is released, I didn’t see much difference at all when trying different choices in the demo. Both the theatrical and curator cuts are available and they were practically identical, save for an additional 30-second scene between Angela and one of the other students. On this second attempt, I made a different choice at every avenue but almost everything played out identically.

If you played Man of Medan then you likely know what to expect here. Choices show up on-screen with regularity. For instance, when the phone rings, Andrew can decide not to answer it and John will do so instead, which means that the player doesn’t get to hear what’s being said by the other person on the phone. When Andrew answers, you get to respond to the caller as well. The only major difference I think a choice makes here is at the end of the demo when one of the characters appears to be able to die when you must choose between two characters to help.

Little Hope‘s demo is a really beautiful, atmospheric peak at the game. I’m intrigued by the premise and am looking forward to seeing how it comes together in the end. I’m not sure what’s going on or why, but I’m sure some people are going to die due to messed up quick-time events. The ones in the demo give you plenty of time to react, at least. 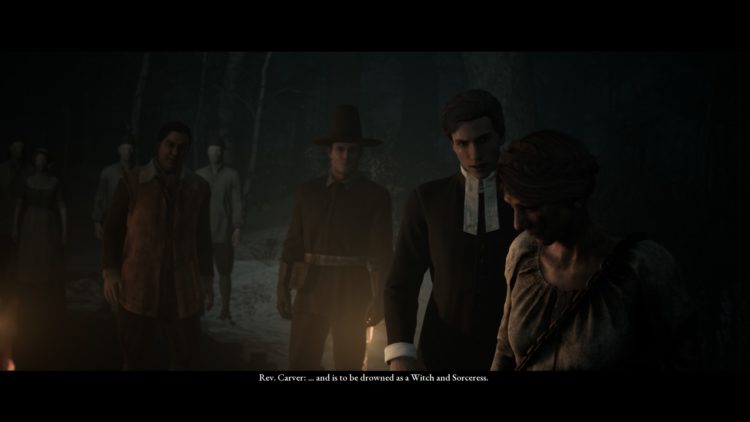