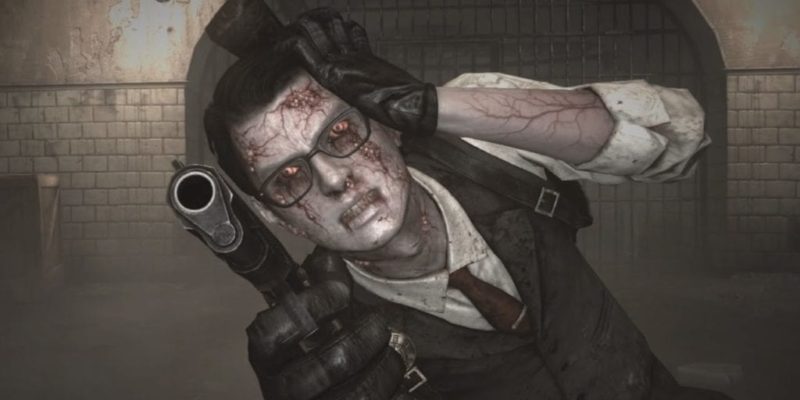 Bethesda have released a trailer for The Evil Within‘s Executioner DLC, showing some first-person monster-smashing.

The Executioner DLC is quite a departure for The Evil Within. While the main game (and the first two DLCs) were third-person and focused on shooty-blasting combat, this particular bit of DLC offers a first-person perspective as you melee monsters to death with the Keeper’s gargantuan hammer.

Apparently, the DLC will chuck you into “battle arenas” in the Victoriano Estate, but it’ll also offer exploration and discovery as you find out exactly who the Keeper originally was.

This is the final bit of planned DLC for The Evil Within, and will be available either as part of the £14.99 Season Pass, or at the stand-alone price of £3.99. It’s due out on 26 May, and you can have a look at the trailer below.