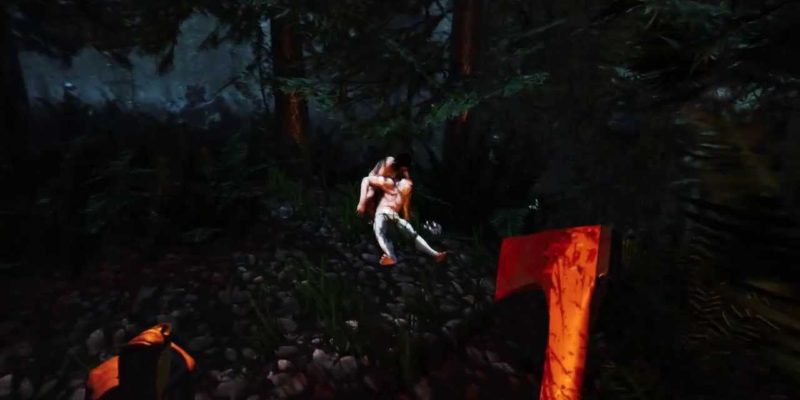 Hello there, can I meet your family?

I know, I know, our last headline about The Forest said it was coming on 22 May. It’s videogames, things change. Endnight Games’ plane crash survival horror and crafting type title will still be on Early Access in May, but now it’ll be 30 May instead.

Initially it’ll be sold at $15.00 USD, but that price is likely to sneak upwards as more and more bits are added.

It’s accompanied by the usual “our game isn’t finished yet!” blurb from the people making it, which reads like this:

The Forest is an Early Access title. It is currently still under heavy development with new features being added on a regular basis. Currently there will be bugs, locked off content, missing features and other possibly serious game breaking issues.

Please only purchase the game during this stage if you want to help support development and provide feedback and suggestions to the team.

In the alpha version you’ll be able to make a camp by chopping down trees, finding food and starting a fire (although that last one may not be a great idea if it can attract mutant badmen.) A certain amount of building will be in there too, as it says you’d be able to make a shelter or an “ocean side fortress” complete with traps. By day you will explore and rebuild, at night you will defend yourself, possibly with crafted tools and weapons.

Interestingly, the mutants are said to have “beliefs, families and morals,” so maybe you won’t want to just blindly be murdering them all? Hmm.

Here’s the latest trailer from the game (actually released back in March,) and Endnight has also created a couple of new animated gifs which you can look at on a hypnotic loop over this way.