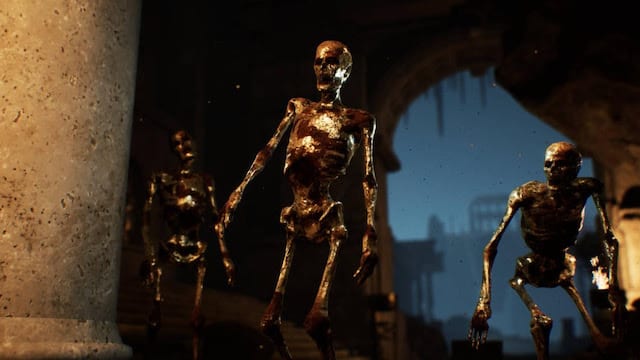 It’s not every day that a mod blows up. The Forgotten City was originally released that way, only to prove so popular that an entirely remade version, which now has a release date, was made from scratch. There isn’t long to go, either, as the game is releasing on July 28, which is only about six weeks away. Thus, a labor of love that’s been in the making for years will finally see the light of day outside of the familiar confines of Skyrim. It’s quite a unique scenario, but I’m all for it.

The Forgotten City was originally released as a Skyrim mod in 2015. It was a six- to eight-hour experience set in an all-new location with original voice acting and writing. It was downloaded millions of times and is the first mod to have ever won a Writer’s Guild award. So, it’s not hard to see why the game was fleshed out and remade from the ground up. This new release isn’t just a simple remake, however. It’s a reimagining as well, which will make it the definitive version of the experience. The script this time is over double the length and the game will feature new endings and twists for players to find all over.

The Forgotten City is set in an open underground ancient Roman city that aims to be as historically accurate as it can be. Well, save for the voice acting, I suppose. The game allows you to create your own character, who you’ll then guide to solving a mystery with many townspeople to question as you’re tasked with trying to make the choice that’s right for you based on your own decisions. Or you can try to kill your way through the problem, if that’s more your style. But don’t expect that to get you very far. The game is coming to PC via Steam.

By Kevin Foley31 mins ago
Hardware