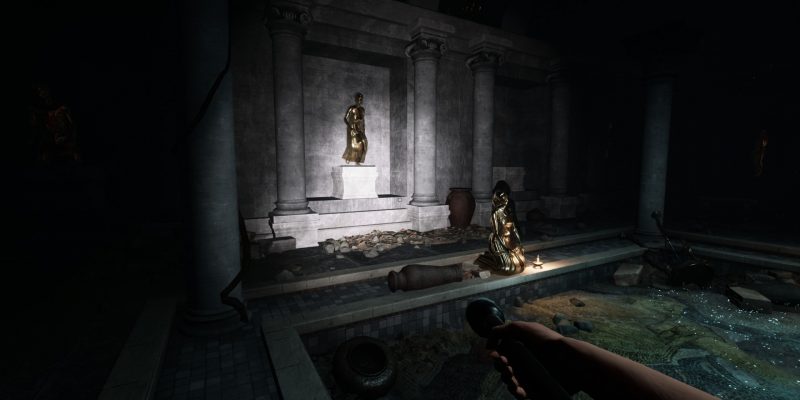 I can’t think of another Skyrim mod that has become a proper game in its own right, so I’m going to assume that The Forgotten City is probably the first. It originally debuted in 2015 and since then, has been downloaded millions of times. It also won a Writer’s Guild award in 2016. A reimagined, standalone version of the mod is coming out next month, and I got to check it out ahead of time. Suffice to say, if you’re expecting an identical experience, you absolutely won’t find it here, as this is quite different.

The Forgotten City originally started with the Dragonborn finding a letter which led them to a woman standing by a well. Talking to her resulted in a request to find a missing person, which ended up putting the Dragonborn through a portal that led them to the past. Unsurprisingly, all of that is different in this version. The game starts with a woman who saves you from a river and then asks that you head into some ruins to find a guy named Al. She cannot do this herself because of reasons, not that you can ask her why to begin with. You do what she asks and head in, only to find him after he had hanged himself. Also, he is an old man when he should not be.

In a fairly major pivot, The Forgotten City takes place in our world and the portal leads to an underground city in Rome, albeit two thousand years ago. As such, each character has a different name and the level design received noticeable changes. Similarly, the dialogue is new and loaded with major differences. There’s a ton of new stuff in general. But, the basic gist is that this city follows a rule: if anyone sins, everyone in town will turn into a gold statue. You happened to see a bunch of gold statues on your way to the portal, so, yeah. 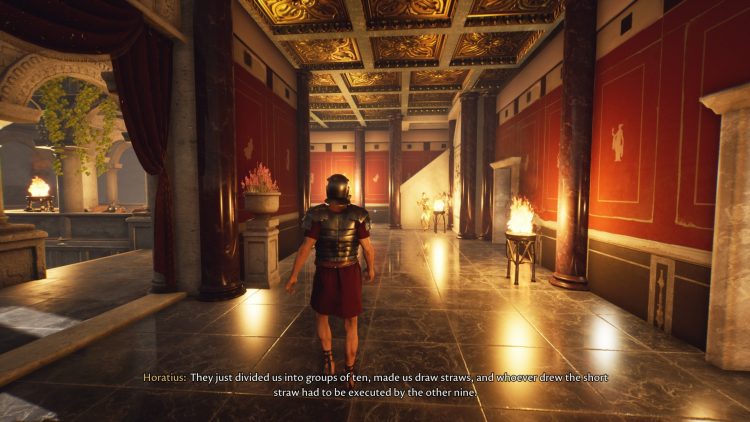 Shortly after arriving, you’re taken to see the city’s magistrate. Your arrival was foretold, so he’s expecting you. The magistrate wants you to find out who’s going to sin in order to stop them and save the city before it’s too late. You walk around the city freely, making inquiries to the townsfolk or sneaking around to dig up dirt. On top of the dialogue’s wonderfully writing, is the strong voice acting. As the graphics are totally new, it also looks a great deal better than the original Skyrim mod. Only three people made The Forgotten City, so it’s hard not to be impressed by what they accomplished here.

Without any of the Skyrim trappings, The Forgotten City easily stands on its own feet. You explore the city at your own pace and can make specific choices. If you think you’ve found the sinner, you can report them to the magistrate. I’m eager to dig into more of the game and you can be sure we’ll have a full review ready when the game releases on July 28. The game can be wishlisted on Steam. Try not to get turned into a golden statue before that, though. I don’t think anyone will be able to go into a portal to save you. 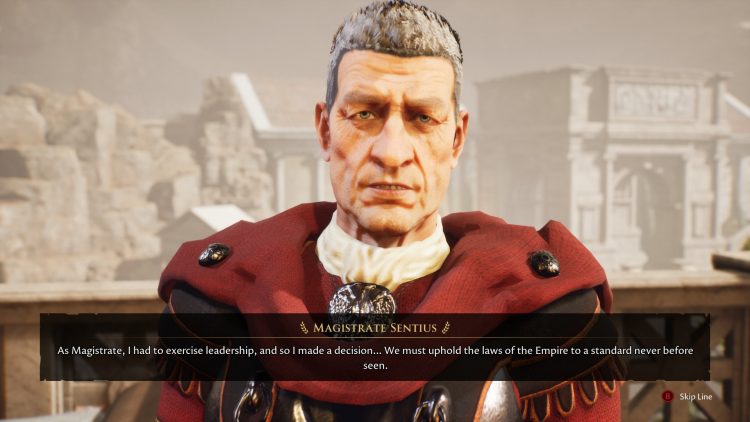