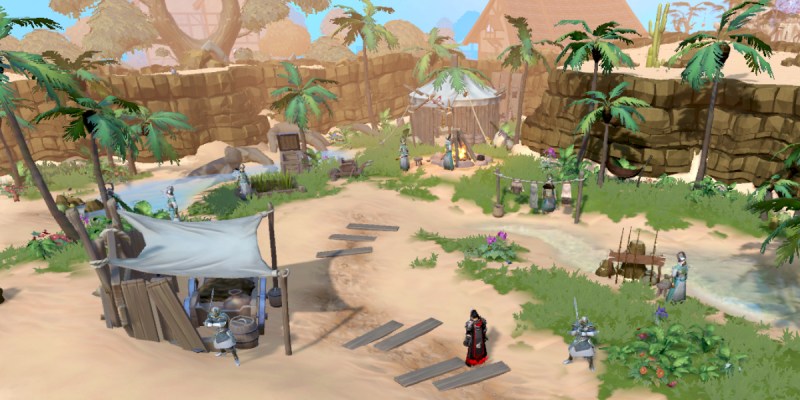 This week’s update for RuneScape has introduced new content for three different skills. Jagex has added the Garden of Kharid to RuneScape, and it’s designed to expand the Farming, Runecrafting, and Thieving skills. You can visit the garden by heading north of Al-Kharid, where you’ll find a new herb patch and a large variety of rewards that are up for grabs.

The creation of the Garden of Kharid follows the events of the Elder Gods storyline. With the Elder Gods defeated, Gielinor is healing opening up the world to new possibilities. This has triggered a strange garden to appear in Al-Kharid and the druids Polletix and Sydekix want you to investigate.

At The Garden of Kharid, you will find a new herb patch, new thieving targets to pickpocket, and mysterious items that make Runecrafting in RuneScape more efficient. These items are the Elemental and Catalytic Anima Stones, which can only be obtained by pickpocketing new thieving targets. These anima stones increase the number of runes you can obtain from each Rune Essence by 2.

By farming at both The Garden of Kharid patch and at the other patches located throughout RuneScape you’ll be able to earn a new currency. This currency can be spent at Polletix’s Reward Shop in exchange for powerful buffs. One of these buffs is Plant Power, which lets you plant multiple seeds at the same patch — significantly increasing your yield. You can also unlock various other Farming buffs, like the ability to skip the first growth state of herb patches and not requiring buckets to receive compost.

The Garden of Kharid updates fixes some longstanding problems with RuneScape‘s economy. One of these is that bosses drop a lot of seeds but it wasn’t practical to use them all. This led to seeds being worthless as the supply greatly outweighed the demand. However, now players can use up to 10 times more the price of seeds should steadily climb. 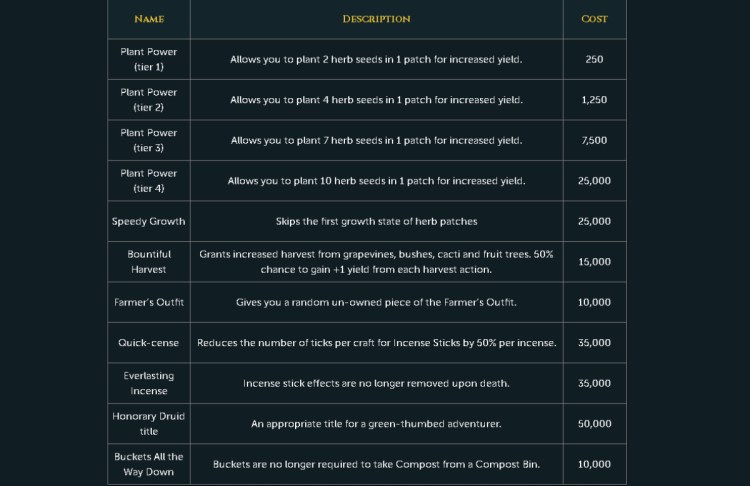 How long to beat Pathfinder Wrath of The Righteous: Game Length

By Chirag Pattni8 hours ago
News