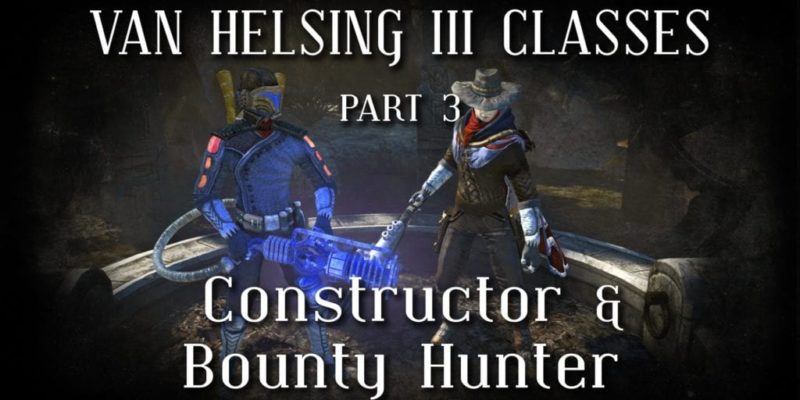 NeoCore’s Van Helsing trilogy will conclude (well, save for any DLC) on 22 May, when The Incredible Adventures of Van Helsing 3 is released into the world.

Spookily enough, this is exactly one year after Van Helsing 2 was released. Not sure whether that was planned or not, but it’s worked out rather neatly for this semi-episodic, annual action-RPG.

To accompany the Van Helsing 3 release news, NeoCore has released a video showcasing the final two new classes (of six) in this installment.

The Bounty Hunter resembles the ‘classic’ Van Helsing class from the prior two games in his style of dress, but differs quite a bit in terms of his skill-set. He’s a gun-focused character, who needs to fire charged shots (either precision or scatter) at his foes, but can also distract them with various drones. Looks like he has a neat number in fancy flips too, to help him keep at a distance.

Meanwhile, the Constructor is more of your traditional engineer type. If by ‘traditional’ you mean ‘has a massive floating gun platform backing him up.’ The Constructor can summon turrets, or focus his beam on enemies to mark them as a primary target for his friendly mech-minions.

Watch the video below for a full summary and to see both of these Van Helsing 3 classes at work.