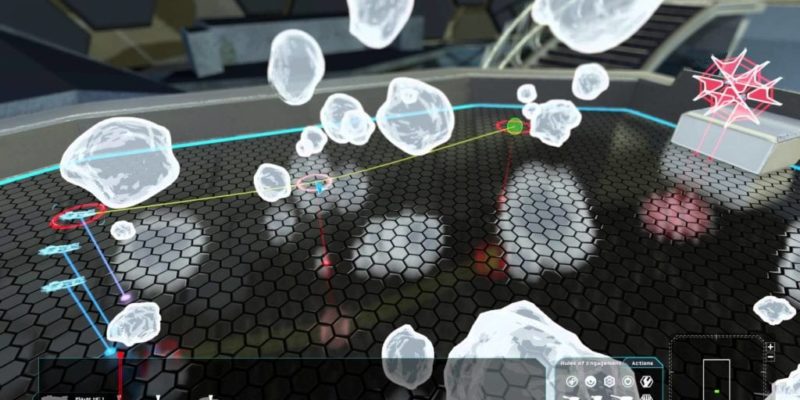 A new video shows off The Mandate‘s battle orchestrator, a tool you’ll use to plan out ship-to-ship combat.

It’s been awhile since I’ve written anything about Perihelion Interactive’s Kickstarted co-op sci-fi RPG/space combat/tactical/strategic title, but that’s mostly because they’ve been quietly beavering away at it since the Kickstarter came to a successful close. Thankfully, this video shows that things are proceeding along rather promising lines.

There’s a brief bit of discussion of the captain’s holo-table – the tool you’ll generally be using to interact with the game world, offering everything from a Pirates!-esque overview of the system to detailed scans of planets – before moving onto the battle orchestrator, a 3D tool that lets you order your fleet around. As shown in the vid, you can use it to scan an area of space, detect potentially hostile ships, and then set up waypoints and movement orders for your own vessels. There are some nifty little tools within, like a little timeline showing when each ship will hit each waypoint so that you can synchronise movements properly, and you can seamlessly switch between the holographic view of the orchestrator and the full 3D view of real space.

And yes, as mentioned above, it’s all co-op – you can play on your own, or with up to five friends. The Mandate is due out in the first quarter of 2015, and what’s shown in the video below looks like reason to be optimistic.