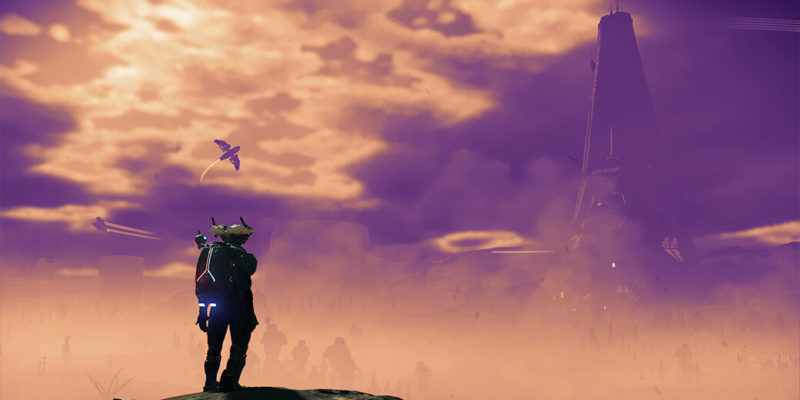 The next No Man’s Sky Origins update is worthy of being called 3.0. Hello Games revealed what’s in the Origins update (available now, by the way), and it’d be an understatement to call it big. From volcanoes to meteor impacts to binary and ternary star systems, No Man’s Sky is pushing past its original promise from all those years ago and has grown into something special indeed.

First up, there’s a lot of new planets. Millions, in fact. And on these planets, there are many new things to encounter. Some might have tornadoes, others might have lightning storms, and yet others might have crazy oversized bugs flying around. Marshes, better weather variety and clouds, new flora and fauna, the Origins update has it all. And it’s not even limited to the new planets either. You’ll encounter some of these improvements, such as richer diversity, on existing planets in No Man’s Sky, too.

The planets are now also of higher quality with better graphics at ultra settings for NMS players on PC. The UI has been improved in many ways, and some of the lesser-used materials have been removed from the game to stop it from cluttering your bags. They have been replaced with a new, smaller number of materials. Additionally, black-market traders will now sometimes also land on the surface of planets for your convenience.

But that’s not all. Not even close. Sandworms, gravitational anomalies, firestorms, infestations, colossal archive buildings with new cultural and historical stories, and wild robots are among all that’s coming to No Man’s Sky. It’s overwhelming, the patch notes are nearly endless. With an update of this size, it’s a miracle that Hello Games is releasing it for free. This expansion-sized update is available right now on all platforms. As Hello Games itself says, “Origins dramatically expands the universe of No Man’s Sky.” And they couldn’t be more right.