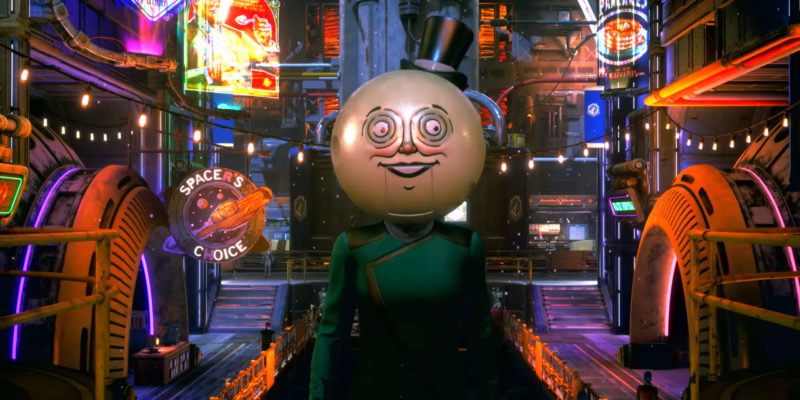 The Outer Worlds is to receive a patch to make the game’s text easier to read, Obsidian Entertainment has announced. If this sounds oddly familiar, it’s because the game already received a text patch all the way back in November of last year. It seems that the first try didn’t entirely solve the problem, so the studio has tried again.

The first time, Obsidian simply increased the size of the in-game text. This time, the new patch will provide text scaling throughout The Outer Worlds. Players can set their own preferred text size for maximum accessibility and comfort.

User interface programmer Nate McDorman shared some insights into how this new patch will work. According to McDorman, it’s taken three months to rework The Outer Worlds so that it can support the change. Now, the options section holds a handy slider that can be used to manually adjust the size of in-game text.

I can finally say that I've spent the last 3 months getting FONT SCALING into @OuterWorlds! You can get your hands on it very soon! I'm about to drop some GIFs of my work in game! pic.twitter.com/oVweRmg6Bt

Small text is an increasingly common problem in modern video games. Developers are often eager to fit as much information as possible onto screens, and unfortunately, they don’t always think through the end-users’ needs. Small in-game text is a major hurdle for accessibility in games. Not only is it a problem for players who have limited sight, it’s also less than ideal for anyone playing on a smaller television screen or computer monitor.

How The Outer Worlds went wrong

The Outer Worlds was lambasted upon its initial release for having painfully minuscule text. The initial patch made the text larger, but it seems Obsidian was unwilling to leave a job half done. Scaling text is a tremendous step forward for those who need this option.

What’s odd about this is that Obsidian didn’t recognize the need for larger text during the game’s development. As nice as it is for a studio to fix an accessibility problem, it would be better if these challenges were taken into account before a game ships.

This is even more peculiar in the case of The Outer Worlds, as the developers at Obsidian made sure that visual accessibility is baked into the design of the game. The colorful alien planets that can be explored within the game are carefully designed. Their colors were chosen to prevent players with color blindness from suffering any challenges while playing.

I ditched the old font size toggle and went with a user customized slider instead (the slider shown earlier, not in this spefici gif). You can now make conversations/subtitles/examinables text even larger! Here's Parvati to calm your nerves! pic.twitter.com/4E3DO2Hm85

That said, as easy as it is to rake Obsidian over the coals for not providing accessibility options from the start, it is nice that the company cares enough to fix their mistakes. Many developers still don’t provide support for common accessibility challenges at all. A text scaling patch might be arriving late to The Outer Worlds, but at least it’s finally here.