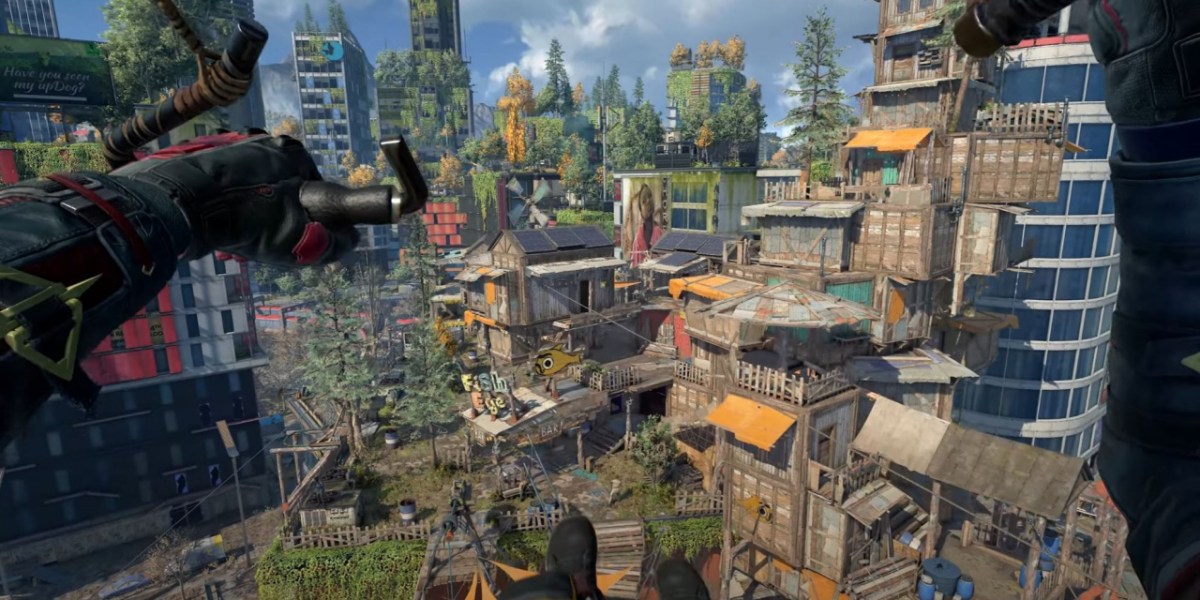 It has been a wild journey for Dying Light 2, the follow-up to the parkour infused zombie survival game from 2015. After multiple delays and many trade show appearances, the game finally launched this year to favorable reviews from critics and fans of the original. However, in this modern gaming landscape, just releasing a game isn’t enough. Games are supported years after release through new story content, updates, DLC, and much more, and Dying Light 2 is no exception.

We got a chance to speak with Tymon Smektała, the game’s lead designer, to discuss what the future holds for their version of the zombie apocalypse.

How is the New Game Plus feature being integrated into Dying Light 2: Stay Human?

The model is quite classic: you complete the game, you take your progressed character, you take it to the beginning, and you can replay the story — making different choices! — while enjoying your hard earned skills. The only element of player progression that we had was to remove players’ Nightrunner Tools for the New Game+, which definitely was a hard decision to make — but the truth is that some of the initial, scripted parts of the game could easily be exploited and broken by players with those tools active. We decided that leaving them intact would do more
harm than good — game development is full of tough decisions and this was one of them.

Was this something always planned for the game, or was fan feedback what really got the ball rolling?

It was always planned, it was just pushed a little quicker due to a tremendous amount of fan feedback asking for it. I think, I hope, we’re mature enough as developers to be able to identify features and areas we can improve on ourselves — but player feedback is a tremendous help in understanding what’s needed most and when.

What new features can you tell us about in Dying Light 2: Stay Human, and how will they be implemented into the current game?

Before the summer holidays, we’ll be introducing Agent & Agent Ranks — new, chapter based, player progression meta-game that will hopefully give players a reason to stay in Villedor over the warm months. They will bring new tasks for players to complete and quite a few interesting rewards for doing so. There’s also a Photo Mode coming, which surprisingly is one of the most requested features out there. Of course it’s just the tip of the iceberg, as there’s plenty more coming even this year. 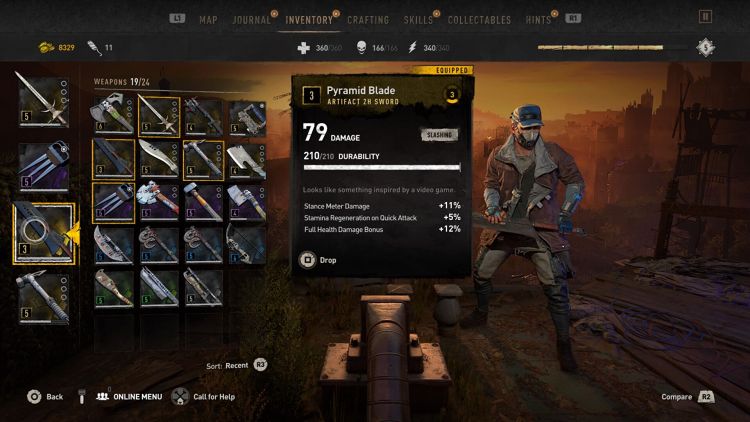 Bringing you back to the apocalypse

What can more experienced, veteran players look forward to in these new updates?

The Agent Ranks should be great fun for the veterans — they should motivate them to get back, giving them a new set of rewards to complete. We’re also discussing introducing a new difficulty mode aimed at the most hardcore, something that will challenge them even more than the current Hard setting.

What is the process the team goes through when balance changes and other updates are made? What data is looked at, and how much weight does the voice of the community carry in those types of situations?

The voice of the community is priceless and it’s the most valuable thing that we have access to in terms of deciding what we should do post launch. Of course, with so many voices out there, it’s sometimes hard to get the gist of things, that’s why we actually spend quite a lot of time on analyzing that feedback, cross-checking it with data we gather from game, sometimes even reaching out to players directly to understand better what they mean when the suggest changes or express requests. What’s being looked at? The best answer is basically everything — from completion rates of various types of our content, through player rituals, to small things like most used weapon mesh, etc.

For survivors old and new

Will new players be able to jump into the game and experience all the new content right away?

Generally yes. Some of the new stuff requires players to complete the prologue part of the game — up till the end of “Markers of Plague” quest — but we try to remove any unnecessary barriers that would block players from accessing that cool stuff.

How does the team determine which updates are free, and which ones are premium?

It’s a good question… But I don’t have a solid answer to that. We’re adding so much stuff, it’s bonkers we don’t charge for some of it… But it’s our model of building the community and in-game engagement — we do it through growing Dying Light 2: Stay Human so it’s getting better and better with each update. We believe it’s an investment that will pay off with community support, trust, and understanding. I think the difference between what’s free and what’s paid is this — free stuff is stuff that enriches the game, embeds seamlessly into it and makes it deeper
and more nuanced; DLCs are a package of varied content which is like an additional module that we attach to the main experience. I hope that makes sense as it’s not easy to draw a clear line. 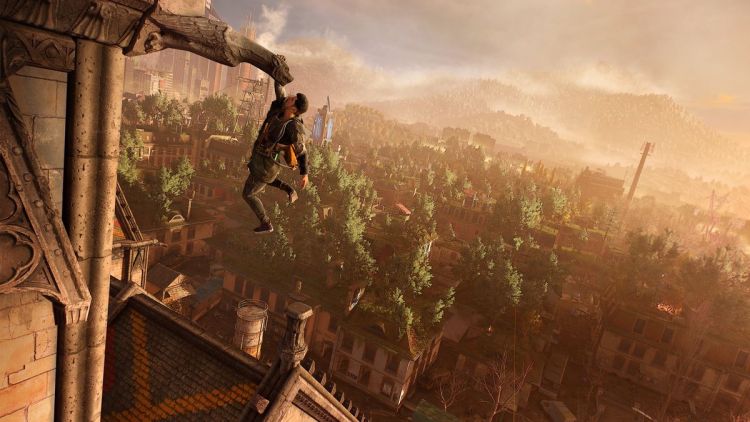 The future of the end of the world

What is the team’s process for coming up with new features for the game? What does the design pipeline look like?

Right now it’s mostly all about sorting through and prioritizing the ideas we have (or we had and noted down during the production process), cross checking it with requests and expectations of the community. In terms of various ideas, written designs, prototypes, we have content that would take perhaps a decade to make. Thankfully we have a post launch plan that we’re following already, we know where we want the game to be in five years, so it’s all clear cut and organized. And for game development — that’s good, that’s what you strive for.

What would you like to tell players, both new and old, about these new features and the game’s future?

The most important thing I can say is to invite players into having a conversation with us, expressing their feedback, being vocal about what they think works and what doesn’t. The game is released, it has more than 5 million players already, and now it’s commonwealth all of us should cherish and take care of. Expect stuff that’s varied, expect stuff that’s fun, expect stuff that focus on different parts of our game — from single player to co-op, from parkour to combat, from day part to the night part. And invest in Dying Light 2: Stay Human now — because when
you do it in five years time, you’ll not be able to throw all of the things the game will receive in that time. It’s better to take it at a steady pace, you’ll appreciate it more that way!

A big thank you to Tymon Smektała for taking the time to speak with us.

By Matt Henzel9 hours ago
Features