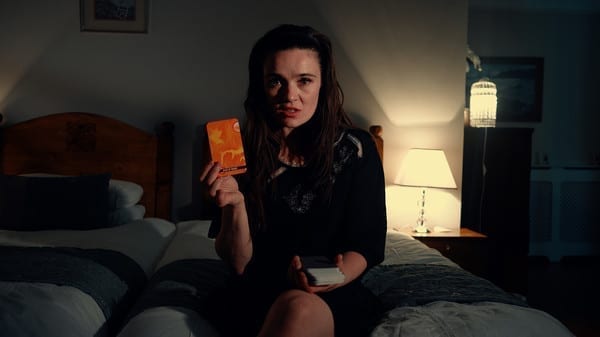 If you don’t know what an FMV game is, it’s a genre where the entire game is made up of full-motion video. In short, that’s real footage, a la movies and television. FMV games were a familiar gimmick in the early-to-mid 90’s, but they never caught on in a big way. The Shapeshifting Detective is one of a handful of games that seeks to revive the genre, but can it accomplish this?

As you can imagine, The Shapeshifting Detective‘s biggest focus is on its story. You play as an investigator named Sam who can transform into other people at will. We’re told nothing about him, nor do we know how or why he has this ability. Aside from this, the plot is as basic as they come. A woman named Darota Shaw is strangled to death in the town of August, and it’s up to Sam to find the culprit.

Early on in the game, Sam arrives at a guesthouse run by a woman named Violet. The only other inhabitants of the guesthouse are a trio of fortune tellers who had predicted Darota’s murder before it happened. But it wasn’t just any old murder. The trio claims that things aren’t what they seem, and the case has a supernatural bent that The Shapeshifting Detective frequently refers to. 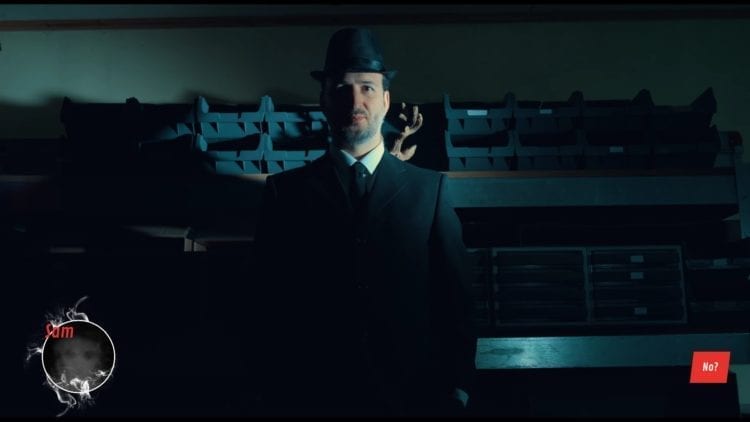 I still don’t really know who this guy is.

All-in-all, the storytelling is fairly middling. The plot is generic, and it only needed a small amount of sleuthing to solve. On top of that, this case was nowhere near tough enough to call for such otherworldly abilities. The Shapeshifting Detective randomly picks the murderer from a pool of three every time you start a game, which does provide some variety and resistance to spoilers. However, upon finding my culprit, it felt like there wasn’t a lot of finality to it. There weren’t enough scenes shot that detailed the results of my particular culprit getting found out, so it felt a little hollow and anti-climactic as well.

So, the story’s kind of a mixed bag, but how’s the acting? Well, it’s also a mixed bag. A few of The Shapeshifting Detective‘s cast members do a good job – namely Violet, Bronwyn, and Rayne’s actors. But the rest of the cast ranges from flat, to awkward, to massively overacting. Since you spend the early part of the game at the guesthouse and most of the game’s good actors are there, it really makes things feel uneven. My early impression was that the acting was very good, but when looking at the entire range of the cast’s performances, the acting is definitely on the underwhelming side.

On the other hand, The Shapeshifting Detective is decently shot. Conversation scenes make effective use of multiple camera angles, and the transition scenes look nice. It obviously doesn’t look like a movie or high-end show, but it definitely does the job nicely. Although, the shot transitions can certainly be rather jarring between certain lines of questioning. I’d say the game really does a good job with its video, which makes up for how poor the acting can be. 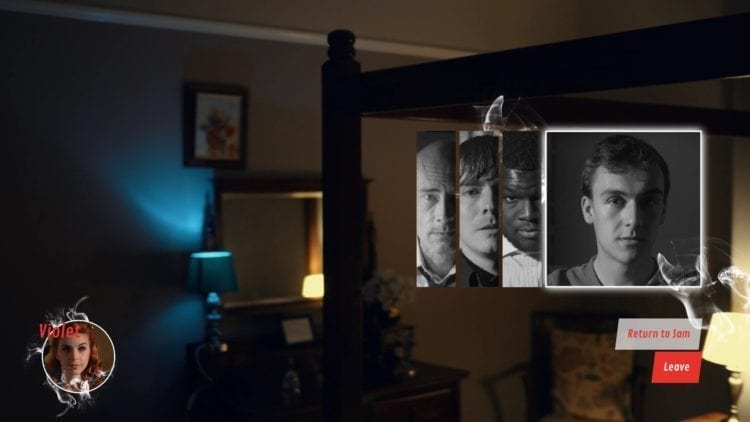 Shifting Between Disguises And Talking To People Is A Blast

The gameplay in The Shapeshifting Detective is honestly the most intriguing thing about it. The way it generally works is that Sam can talk to and interrogate the game’s characters. But when he returns to his room, he can shapeshift into anyone and then go see the other characters. This leads them to believe they’re talking to someone else. Doing so allows you to get a lot more honesty than you would as Sam wearing his own face.

The game handles this by selecting character portraits in Sam’s room. Once selected, the character Sam shapeshifts into then has their name and portrait in the bottom left of the screen. When talking to and questioning characters while shapeshifted, that character’s actor reads the questions that Sam asks when moused over, which adds to the impression that you’re them. This is a really neat idea, and it’s executed in an inventive way.

The way the game plays out is pretty basic. You start a chapter, talk to everyone as Sam. At this point, you then shapeshift into other characters to do different combinations in order to get all the pertinent information. Once you’ve gotten all the main beats, you then get in a taxi as Sam and a radio channel plays. You’re then given the option to keep investigating or move on to the next chapter. There are a good amount of interactions that aren’t strictly necessary, so there is some missable content. 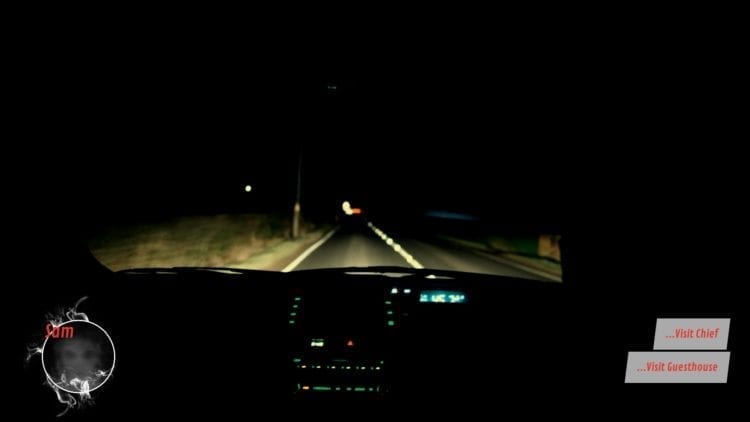 The taxi sequences are actually shot in a moving car, which is pretty cool.

Much like with the resolution of the murder, there are some choices you can make that determine the outcome of the story. For instance, you can choose to romance certain characters, but these sections are kind of silly and impossible to take seriously. The Shapeshifting Detective takes place over a very short stretch of time, so when characters start professing how in love with you they are, it feels extremely forced. These choices and different outcomes also don’t show you many results after the initial mention, much like finding the culprit. The game just basically mentions the choice you’ve made for a bit and then barely mentions it again.

The Shapeshifting Detective is also a really short game. A typical playthrough takes a few hours, but I definitely feel it should be longer. The story just didn’t feel like it wrapped up very well. And after all the time the game spent on the supernatural elements, my culprit didn’t seem to have anything at all to do with that. As best I can tell, I took part in a very pedestrian whodunnit that spent a significant portion of its playtime going on about a subplot that didn’t remotely matter in the end.

Overall, I had a decent time with The Shapeshifting Detective. The story and much of the acting is underwhelming, but the core idea is fun and the game is engaging enough. Anyone who enjoys FMV games will probably find some things to like about the game, but it’s a mixed bag that could have been better with some more polished writing and a better cast.

The Shapeshifting Detective is a bit of a disappointment overall, but the central concept is very interesting and well-implemented. It might be somewhat underwhelming, but genre fans will find it worth a look.

You May Have Trouble Picking Up An Nvidia GTX 1080 Ti