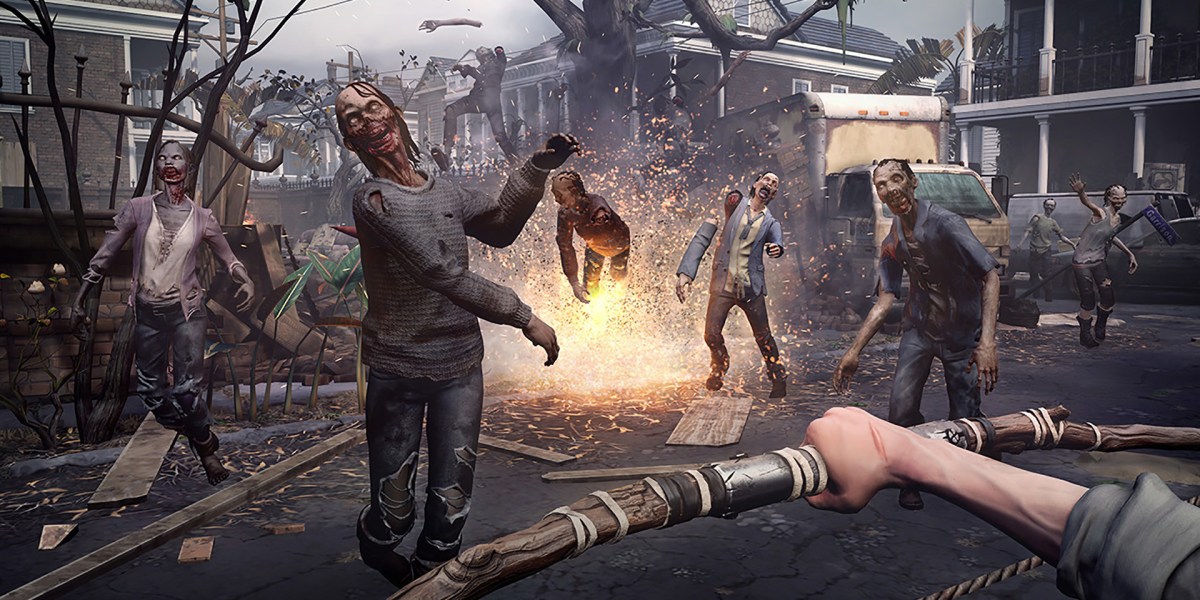 In a wave of virtual reality news today, an absurd list that included my favorite, Among Us VR, we also got more info on the newest virtual reality zombie adventure. Zombies and virtual reality are a natural pairing, which makes any new VR-zombie release exciting. The Walking Dead: Saints & Sinners – Chapter 2: Retribution (what a mouthful) was previously announced with a tentative release date for the “end of the year.” However, we now know exactly what month we can expect this game to release.

It is, indeed, coming out at the end of the year. The Walking Dead: Saints & Sinners – Chapter 2: Retribution‘s new release date is set for December 1 on the Meta Quest, the perfect month to gift yourself a VR headset to decapitate zombies in the comfort of your own home. A new gameplay trailer shows off some of the zed action you can expect with the new game, with tons of new weapons to collect and huge buildings to scale.

With the brand new game comes a brand new challenge, including a new enemy known as the “Axeman” who seeks to hunt you down. Mark Domowicz, game director on Chapter 2: Retribution at Skydance Interactive, stated in a press release: “you will need to use your brain to figure out how to handle this new level of threat. He is actually a great example of how our gameplay is evolving for Chapter 2. The level of challenge throughout the game has increased in both scale and variety, and we can’t wait to see how our Tourists are going to handle what we are throwing at them.”

While you’ll explore New Orleans, you’ll encounter new locations as well such as the French Quarter. Overall, this sequel is shaping out to be a bigger experience than the original, and fans of any zombie game might want to consider checking it out. Watch the gameplay trailer below if you haven’t already, and mark your calendars for December 1 if killing zombies in VR is your jam.

Cultic: Chapter One review — They only play the hits