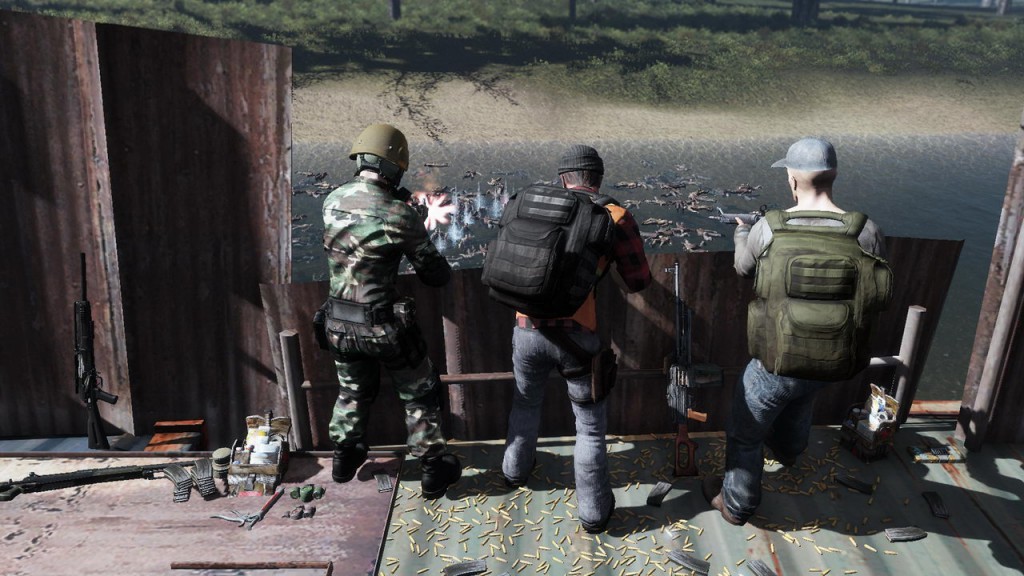 This is a controversial one.

The DayZ-esque The War Z has have a real-money store that lets you purchase in-game items for hard cash. Not much controversy in that, expect that if you die you’ll lost what you’ve bought. You’ll lose it forever and have to buy it again.

“Yes, you’ll lose what you have in your backpack when you die – both in Normal and Hardcore modes,” Alex Josef, one of the game’s PR reps has confirmed.

“And yes, if you bought something using real money, you’ll lose that item as well. This is a price you’ll have to pay.

“We’ve discussed that a lot and at the end decided that this will provide a pretty good incentive for players to either be extra cautious while playing, or just not spend too much money in the game and, instead, try to procure all items by finding them in the game world.”

Of course, the controversy revolves around the fact that the developers will be taking something away from you that you’ve bought and therefore own in a real-life sense. Sure, you only own whatever it is in the digital realm, but it’s still yours, not only your avatar’s. You’ve purchased it with real-world cash, therefore it really is yours and it’s not for someone else to tell you it’s not anymore.

It also raises an interesting question about how the developers are approaching microtransactions. Will players still purchase items in large numbers in the understanding that they could foreseeable lose them forever, potentially at no fault of their own?