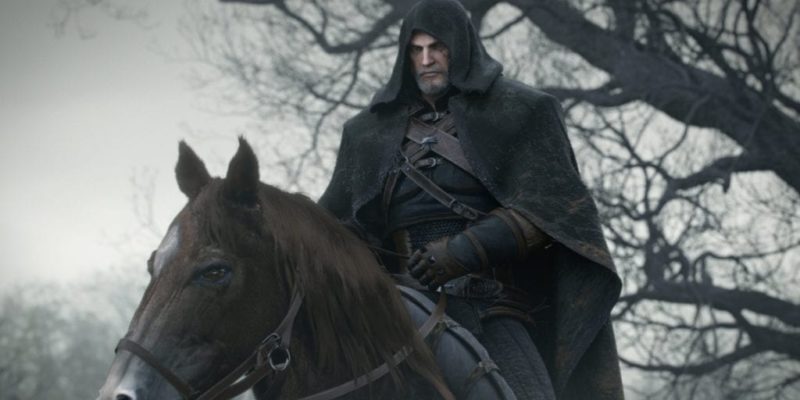 Killing Monsters shows the now-beardy Geralt getting paid by Nilfgaardian forces for taking out some sort of beastie (which looks a lot like the one in the screenshot above), but the white-haired Witcher is more than a little disturbed by the actions those Nilfgaardian troops are taking.