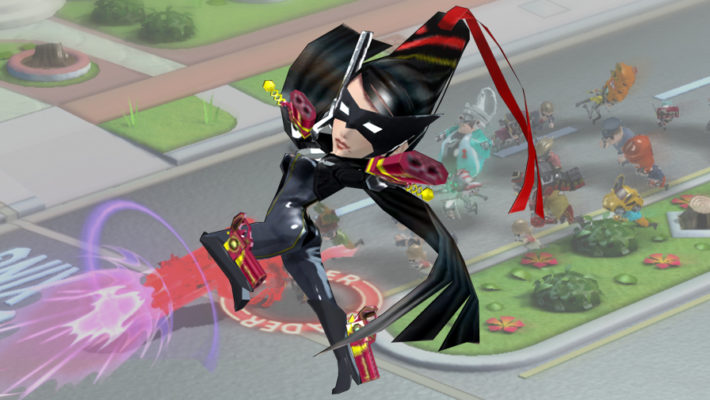 The WiiU was Nintendo’s biggest flop since the Gamecube. Through poor marketing and a number of other mishaps, the WiiU was not nearly as successful as the big N wanted it to be — especially considering it followed a global smash hit with the Wii. Despite this however, the WiiU did have a small handful of absolute classics in its library. One of which was The Wonderful 101, a game that got remastered for the PC, and has a demo out on Steam today that let’s you play as Bayonetta.

While Bayonetta 2 was a genre-defining success, The Wonderful 101 didn’t fare as well. This is despite it being almost universally praised by everyone who played the love letter to the Super Sentai (known in the West as Power Rangers) and Tokusatsu genre. Unfortunately, that number of people was comically small. So, when Platinum announced a remaster of the game, aptly titled The Wonderful 101: Remastered, it was a much deserved second chance for this absolute classic.

This is all to say that right now there is a demo out for The Wonderful 101: Remastered dubbed the Wonder-Size Cadet. This demo clocks in at two hours of total playtime, and saves are transferrable to the full game. This demo will cover the prologue as well as the first three missions. As a bonus, Bayonetta is playable in the demo from the start. She was an unlockable secret character in the original, so this is a fun treat for fans and newcomers alike.

Sadly though, this news isn’t followed up with anything else like: where in the absolute heck is Bayonetta 3? The last time we heard about the game was three years ago after all. However, Platinum’s chief game designer and creator of Bayonetta, Hideki “he probably has you blocked on Twitter” Kamiya, insists that the game is still in development. I’ll hold my breath for that in the same way I’m holding it for The King of Fighters XV.

You can check out the demo for The Wonderful 101: Remastered right now on Steam. Also, if you already own the game, you can use the codes “UMBRANGIFT” and “ANGELSLAYERS” to unlock Bayonetta and Jeanne/Rodin using the new Wonderful Code system implemented in the last patch.