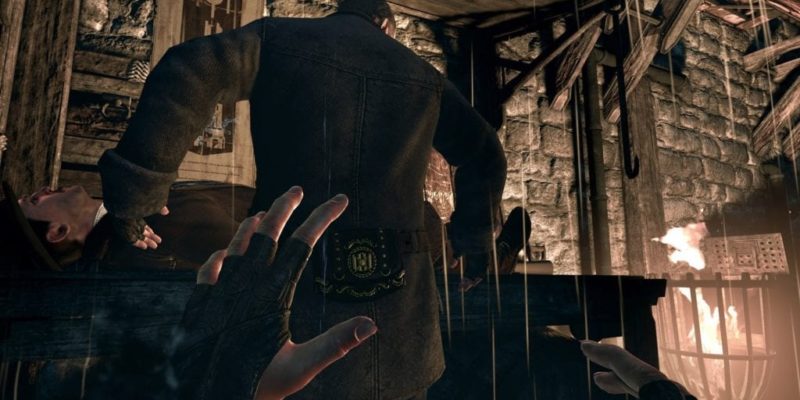 This is what happens when you allow medieval ninjas in the house.

No matter how skeptical we are about all-new-Thief here at IncGamers, I will give credit to Eidos Montreal for putting out a new video that is simple, un-narrated gameplay. Better yet, it’s recorded on PC and they included the specs in the video summary (AMD FX 8350 / 8GB / Radeon HD 7970 / 125GB SSD, so with all that AMD stuff presumably this video is also using Mantle.)

The mission is Lockdown, which appears to be an early but post-tutorial affair where Garrett has to make his way back to the Clocktower he now calls home. Naturally, that also involves a quick deviation through a little jewelry shop to pick up a few extra trinkets.

You know, this is looking better than I feared. The player barely uses any of the “focus vision” nonsense, by the end of the level he’s only got 12/60 loot pieces (suggesting there are a whole load of places he didn’t explore,) and there’s a fair bit of vertical freedom. It’s tough to say how much else there is to explore on this level, but it seems encouraging.

The dialogue isn’t really holding a recently-snuffed candle to the writing in the original Thief games (especially the clunking bit about how noisy the guy’s pet bird gets,) but they’re at least trying to capture the same “overheard conversations” feel. I also laughed at the idiot-proof slow zoom on the Clocktower at the start. Yes, Thief, I get it. I should be heading there.

As a seventeen minute snippet though, it’s not too bad. See what you think. Thief comes out at the end of this month.

South Park: The Stick of Truth, the first 13 minutes of gameplay