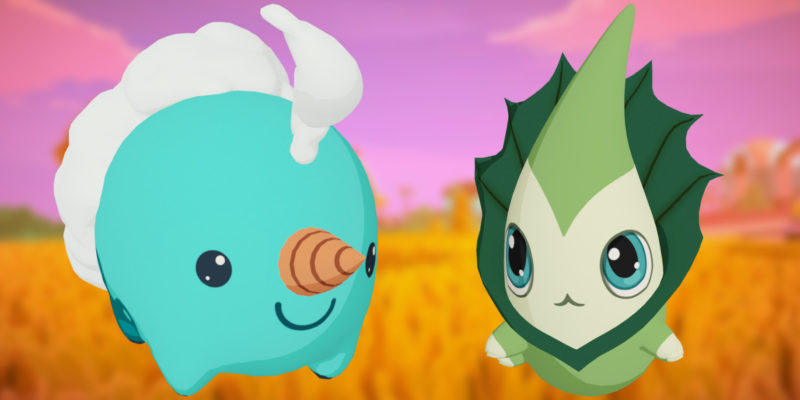 Last week, the Saipark boasted the highest Luma Temtem encounter rate the game has ever seen. Following that excitement, the new Temtem Weekly Reset is going to feel like a massive come down. Having said that, FreeTem does have some useful rewards that are easy to acquire, and both the Temtem in the Saipark are good on the new island of Kisiwa. Fomu is a particularly desirable catch because it evoles into Wiplump, which is the best Temtem for farming FreeTem rewards. 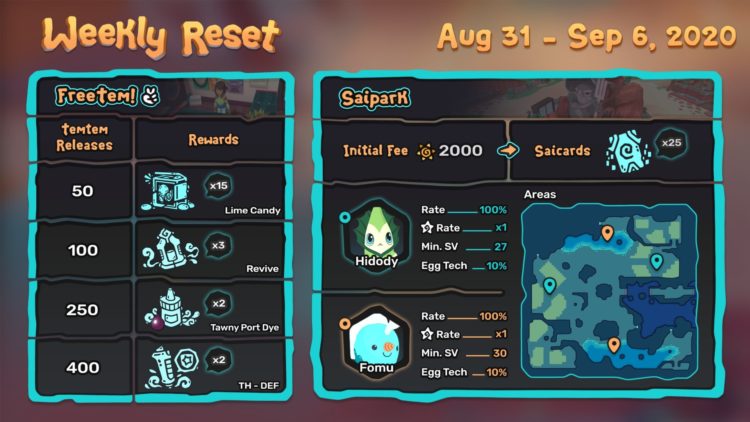 A new type of item that arrived with the Kisiwa update is Candy. Candy adds or removes one point from your Temtem’s TV stats.  It allows for more precise TV training than Fruit, which adds or removes 20 from TV stats. Catching and releasing 50 Temtem for the 15 Lime Candies should be an easy task for any tamer and the reward is more than worth the effort.

The tier three reward, Tawny Port Dye, is another highlight on the FreeTem rewards list for this week. It’s an arduous grind at 250 Temtem. However, you can’t attain the dye anywhere else in the game. In my book, that makes it desirable enough to go for.

I say this almost every week, Telomere Hacks are invaluable. You just need to be able to stomach the 400 Temtem release cost. That’s many hours of mindless farming. 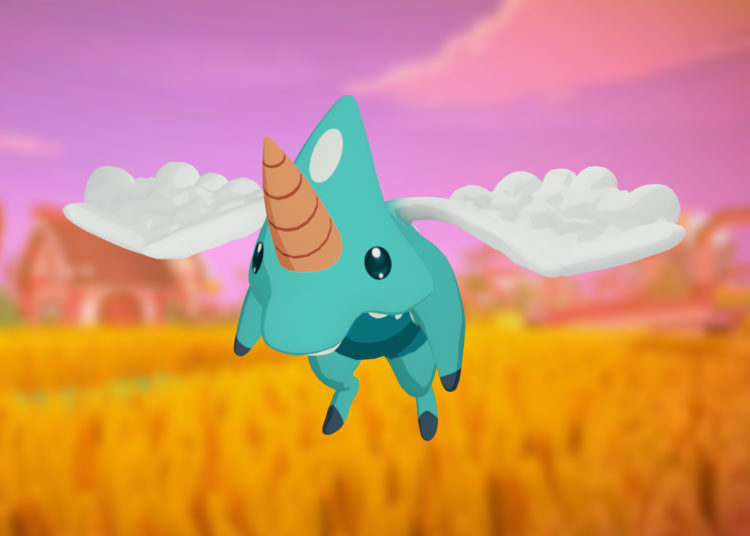 The two Temtem in the Saipark this week are Hidody and Fomu. Hidody is a Nature-type that evolves into Taifu. Unfortunately, Taifu doesn’t have the Techniques to support its excellent SPATK stat. Plus, it doesn’t have the key Techniques that the powerful supports do. Nature-types are good against Kisiwa’s numerous Earth-types. So, if you don’t have another good Nature Temtem, you might want to snag Hidody now.

Fomu, on the other hand, evolves into the best Temtem for farming FreeTem rewards, Wiplump. However, you need two of them. Two Wiplumps attacking with the Cold Breeze Technique will quickly freeze enemies, which prevents your Temtem from taking damage and makes the wild Temtem easier to capture. You want to catch Fomus with the Amphibian Trait so your Wiplumps get the Plethoric Trait.

This week, I recommend you go catch two strong Fomus with Amphibian. Then pursue as many FreeTem rewards as you can stomach. Make sure you at least get the Lime Candies.