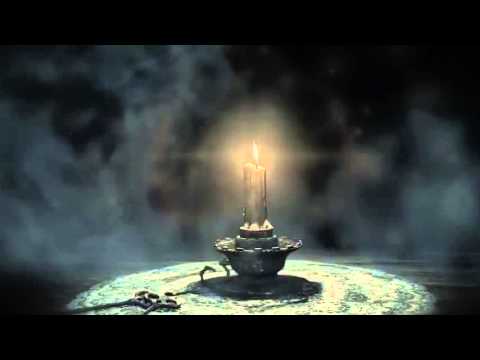 Hello, I am a legitimate Thief series expert. I’ve even finished the first two games on “expert” difficulty, so, you see, that proves it beyond any reasonable doubt. Today, I will be applying my considerable expertise to the matter of a new Thief 4 (now just called Thief but that’s so confusing) ‘teaser’ trailer that has appeared online.

As you can observe for yourself, below, this ‘teaser’ gives us around 20 seconds of top-notch insight into the upcoming Eidos-developed game.

In it, we see a hand extinguish a candle flame. This is a direct reference to both an overarching Thief concept (that of extinguishing light to remain hidden) and a specific feature introduced in Thief: Deadly Shadows whereby Garrett could put out candles in this fashion. We are to assume that the hand shown in the video is Mr. Garrett’s, although there is nothing to actually prove this.

Perhaps it belongs to long-suffering guard Benny, and he wishes to drown his problems in some alcoholic sauce in near-darkness. It may belong to Brother Murus, who has finally figured out how to possess human bodies in order to make it easier to gather up all those stupid trinkets that he seems to love so much. Maybe it’s a Burrick using a prosthetic limb. We cannot say for sure.

And what are we to make of the symbolism of the gesture? Is the hand trying to make a well-travelled reference to Shakespeare? “Out, out brief candle! Life’s but a walking shadow.” Or is it an early development in fire safety videos from Thief’s universe.

Does Garrett smear the charred candle wick all over his eyes after doing this? Does that explain why he wears so much eyeliner now?

We may or may not find out on 2 April, the date offered by the end of the trailer.

Battle Worlds producer: ‘If someone has the money, he shouldn’t be crowd-funding’