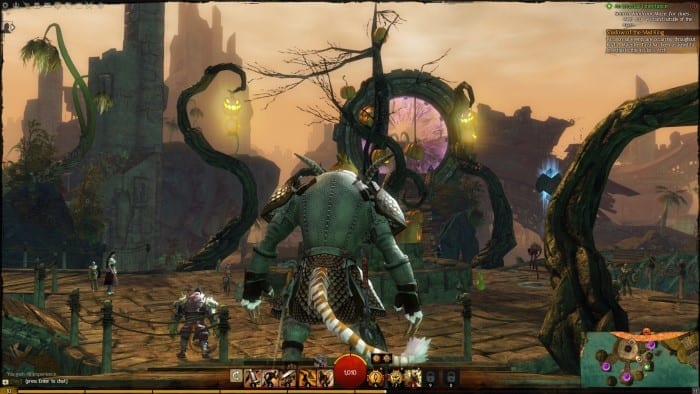 I gave it a try, i was looking for a good sandbox game but the whole skill gain by time played really annoys me. The graphics we decent and i didn’t get much into combat. I guess im just waiting for a UO or Star Wars Galaxies clone.

A great hack and slash game, with a great player base. Not only is the player base growing, but it also quite friendly. Another great thing about this game, is that it not pay to win. Getting gear can be done by spending a decent amount time farming (the act to keep killing monster to find items). Some unique features that make this hack and slash different from others, is it skill system (it kind of like the one from Final Fantasy VII(7)), it currency system(Items base), and it passive tree(it kind of like the one from Final Fantasy X(Ten)). In all, Path of Exile is a great hack and slash game, but unless you are going to put a good amount of time, learning it rules and ways, I feel some players will be confuse or lost to what to do.

Fantastic game with lot of fun. I feel like in 2004 when I discovered MMO games with everquest2. Lot of things to do: history quests, discovery, hidden stuff and quests, rifts, invasions, events, pvp, craft… I didn’t had so much fun with MMO’s since Eq2, si i recommend it to everybody who get bored with their actual game!

Mech fans should love it. Unhappy people that are used to getting instant gratification will be frustrated. This game is very much still under development. New patches come out all the time that give people cause to troll the developers. These are the same people that have never made anything in their life. 30 years old, still attending community college, kinds of people. Games like this live and die by their community. Unfortunately, for all the dev’s hard work, the community currently leaves something to be desired.

Wizardry Online is like no other. The class changing system, the open PvP is what makes this game completely different. While other critics and gamers may paint this game in pitch black, it’s a game for those who are up for the thrill of PK, puzzling dungeons, and making your character unique. If you’re not willing to put up the time to try out this game, clearly it’s not for you. Overall, Wizardry Online is one of my favorites and deserves to be checked out

DayZ probably won’t reach beta until “the end of 2014”