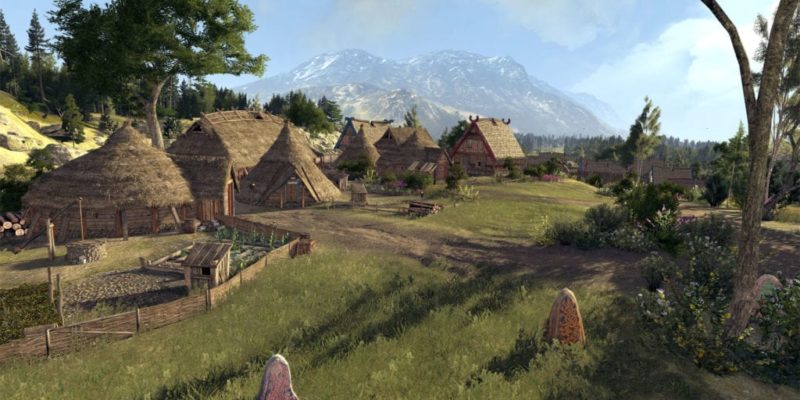 To give you an idea of the game’s scale, the Total War Saga – Thrones of Britannia map is 23 times larger than the map in Attila.

The game has also proved challenging historically as there is no direct chronicle from Northern Britain or Scotland for the era the game covers. CA has been working with Dr Neil McGuigan from the University of St Andrews to create the most historically accurate depiction of the time.

Province capitals are walled and have six building slots as well as garrisons while minor settlements do not. Minor settlements will have no walls and one or two building slots. The types of buildings in each settlement will be determined will be pre-defined and based on the land characteristics around it. Building types might include a farm, iron mine or an abbey.

CA says the system is a cross between Shogun 2 and Rome 2  with resource building outside of the main settlement but like Rome 2 allows for minor settlements to be controlled independently. This means these resource settlements need to be protected otherwise resources could be cut off.

Below are a set of maps showing the British Isles split into either factions, regions, and provinces. There is also a parchment map for good measure. 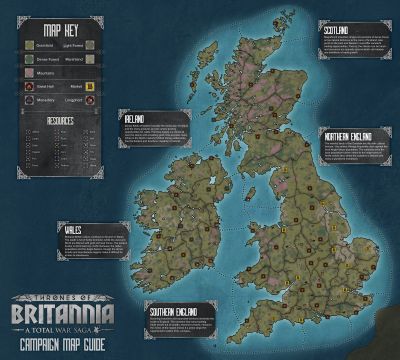 A blog post from the CA team has also been posted today which you can find here.