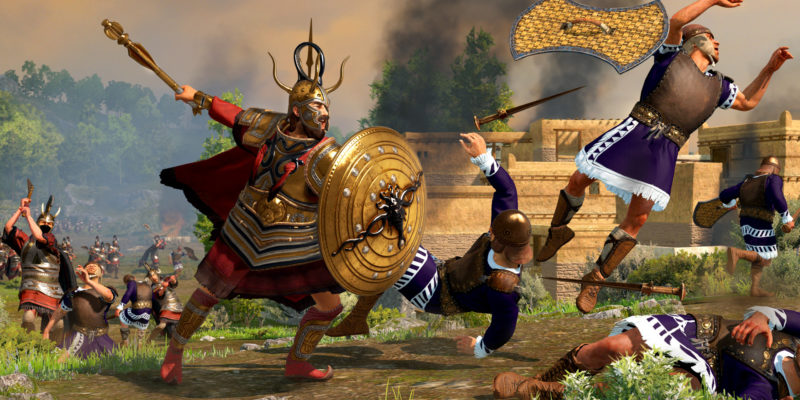 Mighty Agamemnon, King of Mycenae and leader of the Greek host, salivates at the thought of sacking Troy and plundering its riches. In Total War Saga: Troy, you can do just that. Here’s our guide to help you out. 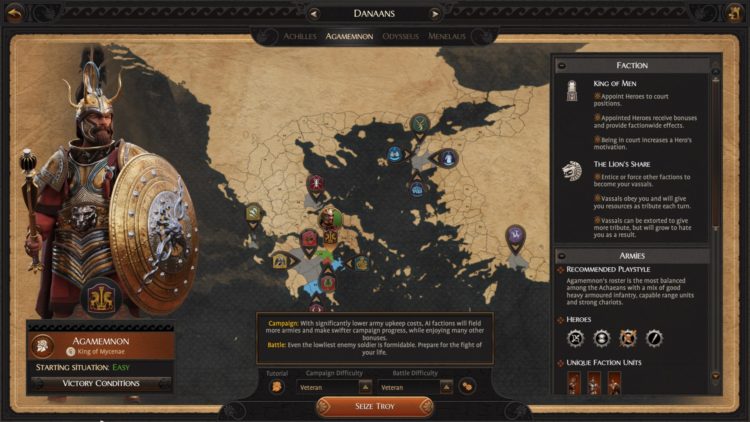 King Agamemnon starts Total War Saga: Troy‘s campaign with only the regions of Mycenae and Tiryns. Some of your Greek neighbors are friendly and will show obeisance to you, but others can prove to be a problem. As such, your goal is to shore up your lands through careful diplomacy by vassalizing more factions to earn you the Lion’s Share of the spoils.

As you’re progressing further, your generals can get promoted via the King of Men mechanic to obtain buffs and extra motivation. Don’t forget that you’ll need to prepare for the conquest of Troy. Hey, it’s even possible that the Trojans will ransack the Greek countryside before the proverbial “thousand ships” could get launched.

In any case, check out the pages below for the particular mechanic or feature that you need help with:

I. Agamemnon’s unique mechanics – King of Men and The Lion’s Share