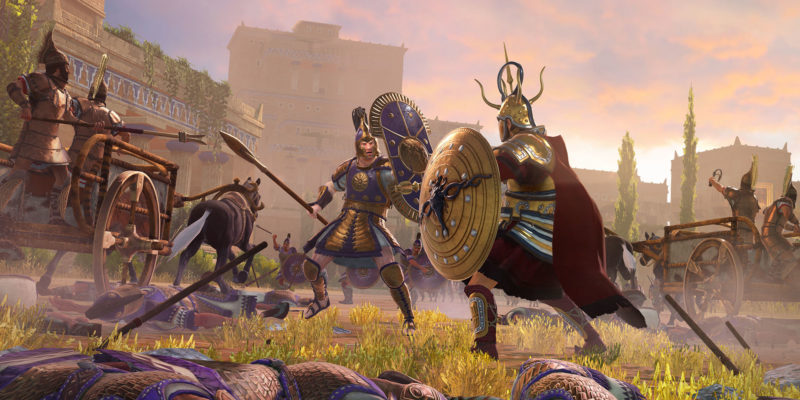 Hector, the stalwart Prince of Troy, seeks to defend his homeland against the rampaging Greeks. Here’s our Total War Saga: Troy faction guide to help you succeed with his campaign. 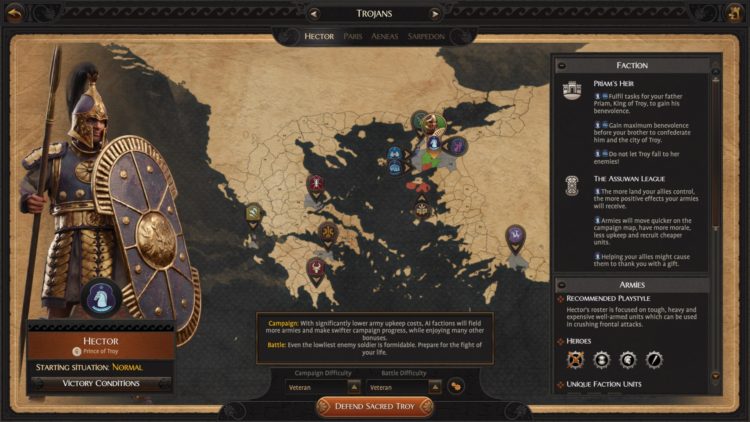 Hector specializes in building defensive and military alliances in preparation for the upcoming conflict. That makes him a viable candidate for defensive-oriented players or those who wish to play “tall” in Total War Saga: Troy. Indeed, you could opt to have your armies cover the known world, but you could also just sit back, relax, and let your allies do the work for you.

While this is going on, you’re also racing against your brother Legolas — uh, Paris, sorry — to become Priam’s Heir. There are many objectives that you can complete in order to gain benevolence, becoming the rightful ruler of Troy in Priam’s eyes. Likewise, don’t forget that there’s the Greek threat to contend with. Eventually, you’ll end up warring across the sea and you might even find an antagonist waiting for you as you progress further in your campaign.

In any case, click on the pages below for the particular mechanic or feature that you need help with:

I. Hector’s unique mechanics – The Assuwan League and Priam’s Heir