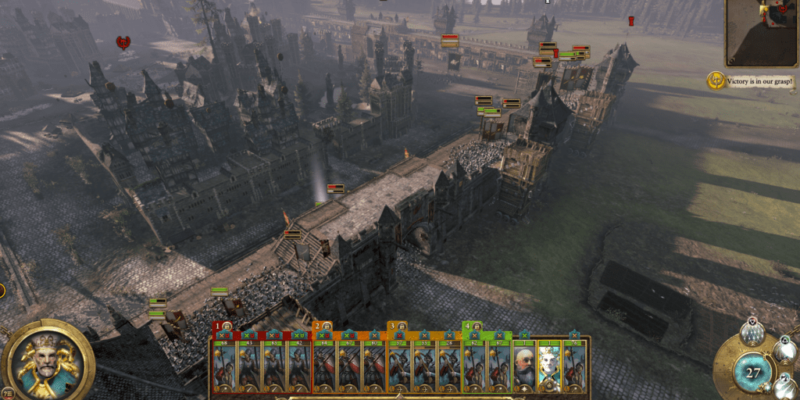 In a deal that’s likely to be the cheapest you’ll find Total War: Warhammer for a while, it is the main game in Humble’s ‘Monthly Bundle’ system. One month’s access costs $12, so you’re basically getting the game (and whatever else turns up in the same bundle) at that price.

The monthly subscription is recurring, but Humble state that you can “unsubscribe at any time”. So if you’re only interested in Total War: Warhammer, you could sign up for one month and then cancel.

Total War: Warhammer unlocks immediately and will presumably be a Steam key (because I don’t think it’s actually available any other way). It’s the base game, so no DLC factions. The other games for the month are still a mystery at this point, but even if they turn out to be duplicates of something you own, or aren’t very interesting, you’ve still got Warhammer for $12.

Not bad timing either, since the Bretonnian faction is reportedly coming for free later this month.