The next set of Total War: Warhammer paid and free DLC is due in the coming weeks, and the free side of things will include at least one new battle map. Put up on the Total War twitter account today is an image showing a Warpstone Mine battlefield (image below).

Now, when Warhammer players see the word ‘Warpstone’ their minds instantly go to ‘chittering ratmen’. Hopes for a new race pack this soon are probably premature, though. The same Total War twitter account reiterates that the next DLC release is “not a new race pack”, and reminds everybody it’s going to be a Lords pack. It’ll be the Lords pack and ‘Regiments of Renown’ stuff I wrote about the other week.

Of course it’s very likely that the Skaven will show up in the game at some point, but with the Beastmen only just released and the Lords pack coming up as the next release, another new race (Skaven or otherwise) is unlikely to appear for a few months.

Update: The first version of this story included an ‘Autumn/Fall’ release for the next Lords pack. As pointed out by reader Nick, that was me misreading the window for the Mac release of TW: Warhammer. Apologies for that. That means the Lords pack DLC should be sooner than Autumn. 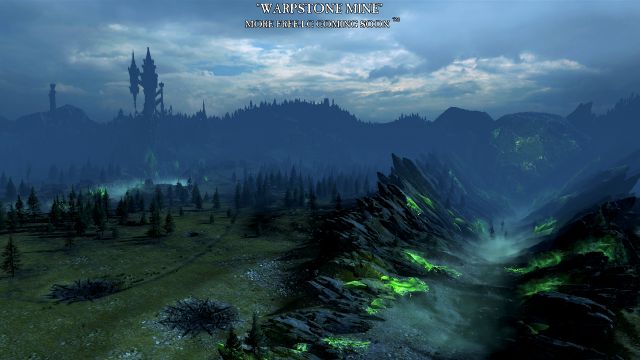