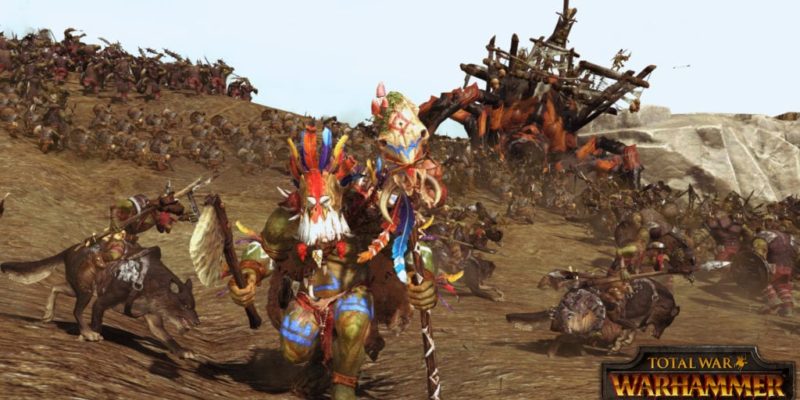 Alongside the news of The King and the Warlord DLC, Total War: Warhammer has revealed that Savage Orc Shaman Wurrzag will be released as a free Legendary Lord. He’ll be available for everybody on the same day as the DLC release, 20 October.

Just as Skarsnik in the King and the Warlord leads the Crooked Moon tribe (rather than ‘Greenskins’), Wurrzag is in charge of the Bloody Handz tribe. He confers bonuses and reduced upkeep on Savage Orc units, “driving them to ever-greater acts of ferocity, and supporting them further with spells and incantations”. Wurrzag can ride into battle atop his war boar Spleenrippa.

He’ll have three quest chains, “bestowing him with The Baleful Mask, The Bonewood Staff and his Squiggly Beast.” Here’s a bit of a early run-down of his traits and abilities.

Total War: Warhammer announces The King and the Warlord DLC