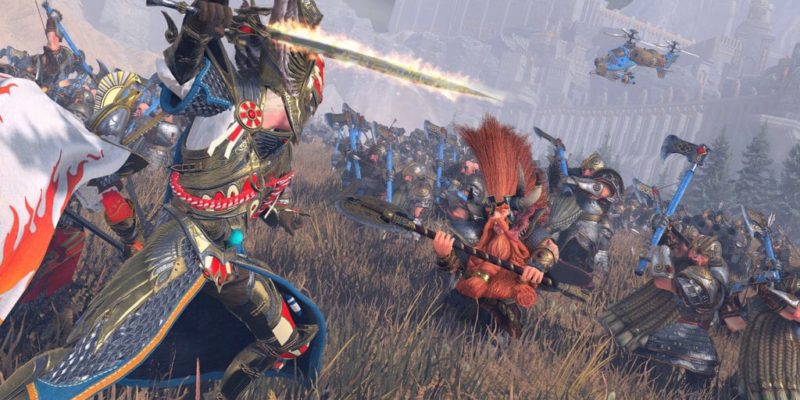 It won’t be too long before Total War: Warhammer series players will be able to set up a play-date between Malekith and Grimgor in the Mortal Empires campaign. The release date was confirmed as 26 October the other day, and now the free addition has its own trailer and Steam page.

As usual, I’m going to mention the stipulations here. You need to own both Total War: Warhammer 2 and the first game to download and play Mortal Empires. The first game only has to be owned, not installed. All of the races you own across the two games will be playable, so if you own a DLC, you can play as them in Mortal Empires. The only exception, for now, is Norsca, who aren’t yet in this release due to overlapping production schedules (I’d guess). They will show up later though.

This campaign mushes the New World and Old World maps together, reducing the amount of ocean (good), and also removing some of the landmasses (less good, but will probably help with turn times at least). There are still 295 settlements to capture, so you’re unlikely to run out all that quickly. In one of the screenshots (below, click for larger) you can kind of see the overall geography in the mini-map – it’s not all of it, though. The trailer also gives a pretty reasonable idea. Update: The full map and all LL starting positions can be seen here.

As previously confirmed by Creative Assembly, some of the Total War: Warhammer 2 Legendary Lords have new starting positions in Mortal Empires. Queek, for example, will now start in control of Karag Orrud in the south-eastern Badlands. There are a few map changes and additions too; Skavenblight is now present.

Star Ocean: The Last Hope coming to PC in November

The Black Death adds Pestilence to the troubles