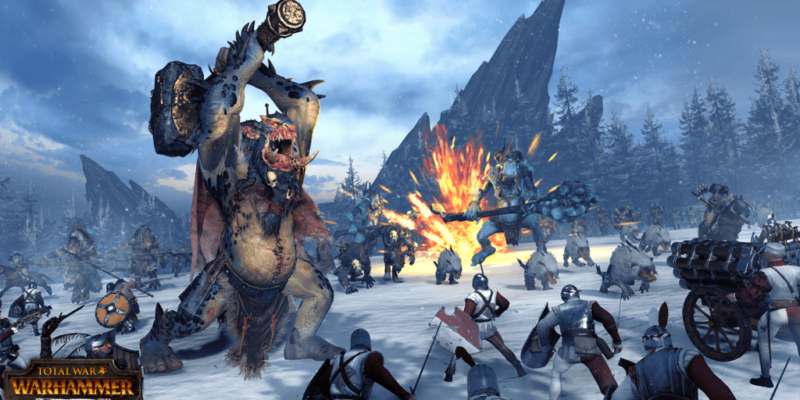 In terms of new news for either game, there were a few pretty interesting things. At around 1hr 13m, the stream ‘accidentally’ (you never know with these things) revealed that the Beastmen will be receiving Regiments of Renown at some point. The same army selection screens showed Regiments of Renown in the Norsca ranks too.

Creative Assembly have previously confirmed that there will be some Total War: Warhammer free DLC released alongside Norsca on 10 August, so that may well be Regiments of Renown for those factions who don’t have them yet. Just Beastmen and Norsca confirmed for now, though.

Regarding Total War: Warhammer 2, the Dark Elf section had a couple of interesting morsels. Firstly, the sequel will have cinematic victory cutscenes (absent in Total War: Warhammer), and will also have a cutscene or two during the campaign (as the first game did for the Chaos invasion). In addition, it was mentioned that the name you select for your Dark Elf lords will give a corresponding boost; martial, noble, and similar. There wasn’t much more detail than that, though.

The Norsca gameplay consisted of a look at eleven different units (that’s not all of the roster, obviously) in detail, followed by several battles against Bretonnia, Beastmen, Dwarfs, and Empire. Below, you can see a gallery (click for larger) showing the unit cards for the eleven units shown today. That includes Legendary Lords Wulfrik and Throgg.