Time for some even more fantastical history from the Total War series.

Remember back in December 2012 when SEGA, Creative Assembly and Games Workshop signed a “multi-title licensing deal” for Warhammer games? One of those games appears to be Total War: Warhammer.

That’s pretty much what everybody expected when the deal was announced two years ago, but there’s now some tangential confirmation thanks to the upcoming Art of Total War book. Said book is not due for release until later in January, but one member of the Total War Center forums received their copy early, and noticed a rather interesting passage.

Creative Assembly’s Mike Simpson is discussing the past, present and future of the Total War series, when he mentions “taking the series to a fantasy setting with Total War: Warhammer.” You can see the section in question in the image below.

Interestingly, the mention comes at the very end of a paragraph about Creative Assembly’s push towards more multiplayer-oriented games. I’m not sure whether to read too much into that, though, as the sentence could just as easily be interpreted as “oh, and as well as all this multiplayer stuff, we’re also …”

Total War: Attila is due in February, so following that release (or perhaps even before,) we may see the SEGA marketing machine gear up for Total War: Warhammer. 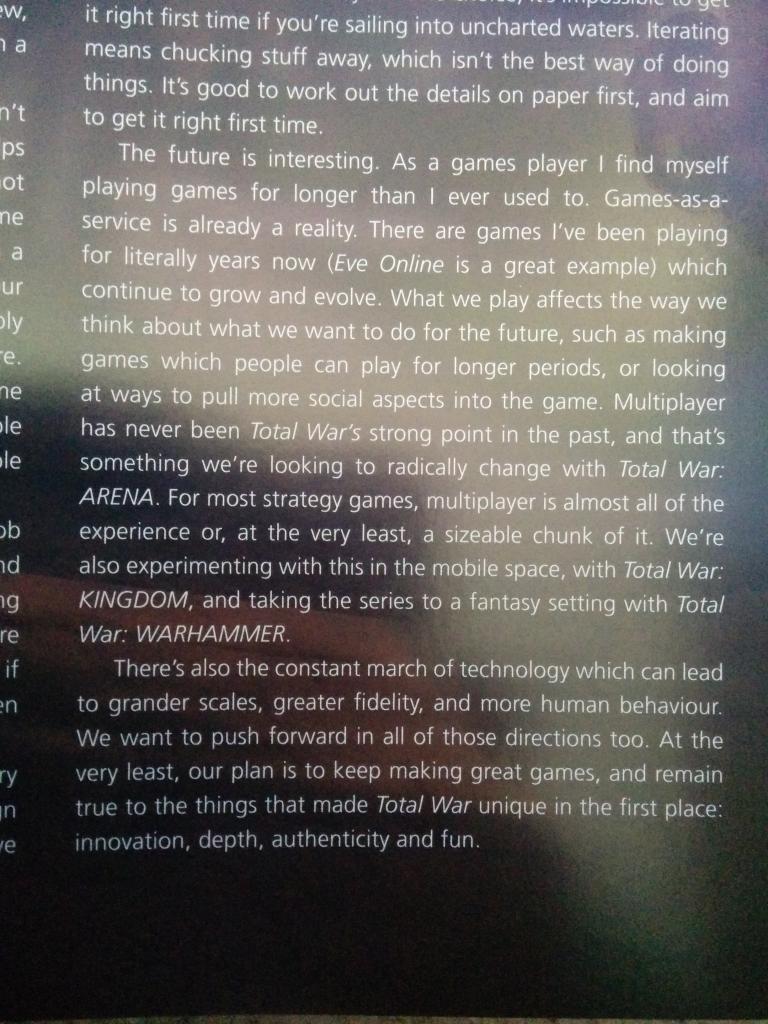 The passage in question.

Dota 2 6.83b brings with it a small number of tweaks