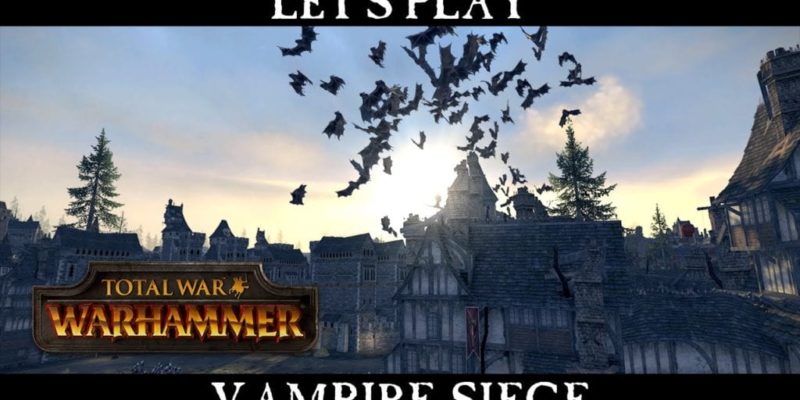 A new narrated battle from Total War: Warhammer has been released by Creative Assembly today, featuring the Vampire Counts besieging an Empire city. Unlike most of the prior videos which have shown semi-scripted Legendary Lord “quest” levels, this is apparently an unscripted siege event.

Also worth noting that this is said to be showing the game on ‘High’ rather than absolute max graphics settings.

So, in this presentation you’ll see a bit of undead siege equipment (bone-themed towers and a battering ram), and get a sense of the new Total War: Warhammer approach to sieges; focusing on a segment of a city rather than showing the entire place. This map is basically cut in half by the walls of Altdorf, and the chap playing decides to attempt to breach from the right flank.

During the battle there’s a further look at some of the various undead units (ghouls, black knights and the like), as well as some spell-casting courtesy of Heinrich Kemmler on the undead side and a witch hunter hero for the Empire.

Total War: Warhammer will be released for PC in May.

By Cristian Aguilar10 hours ago
News